On November 13, 2019, JAXA operated Hayabusa2 chemical propulsion thrusters for the spacecraft's orbit control.* The confirmation of the Hayabusa2 departure made at 10:05 a.m. (Japan Standard Time, JST) was based on the following data analyses;

·The thruster operation of Hayabusa2 occurred nominally
·The velocity leaving from Ryugu is approximately 9.2 cm/s
·The status of Hayabusa2 is normal

We are planning to conduct performance tests of onboard instruments, including the electric propulsion system, for the return to Earth.

(*) Hayabusa2 operation hours: 8:00 a.m. (JST) through 13:30 p.m. (JST), November 13. The thruster operation was pre-programmed in the event sequence earlier on the day, and the command was automatically executed. 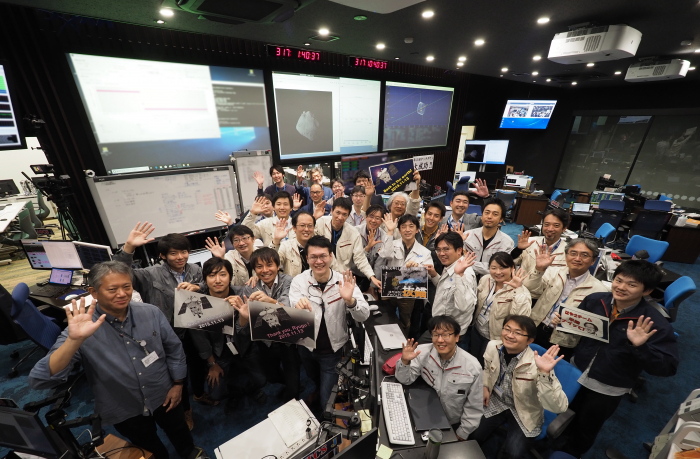