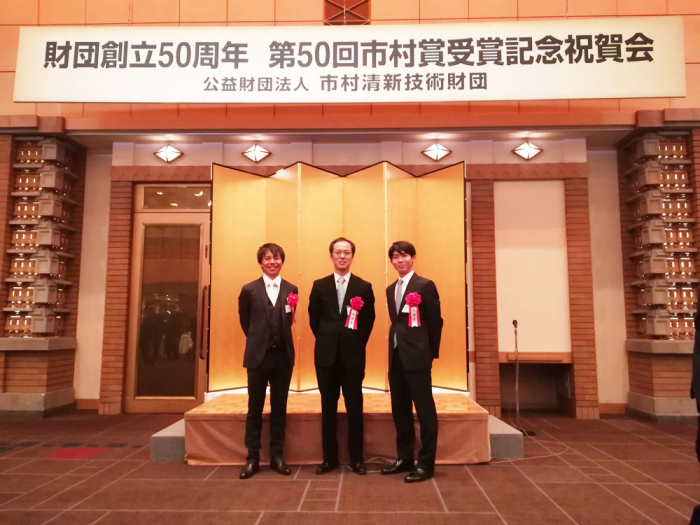 The Ichimura Prize in Science for Distinguished Achievement was awarded to the project manager, Yuichi Tsuda, and two researchers and developers, Yuya Mimasu and Takashi Ono, of the Hayabusa2 project team. The research theme for which the team received this prize was "the achievement of fuelless attitude control using solar sail technology."

Project Manager Tsuda and the other members of the project team were able to put to practical use a method for attitude control for spacecraft that uses no fuel by actively using solar photon momentum (pressure from light particles from the sun) for the attitude control of spacecraft. This solar pressure disturbs the orbit and attitude of spacecraft in operation, but the team was able to economize on fuel by making good use of this pressure. This method has actually been used for attitude control in the Hayabusa2 asteroid probe and in IKAROS, a small solar power sail demonstrator. 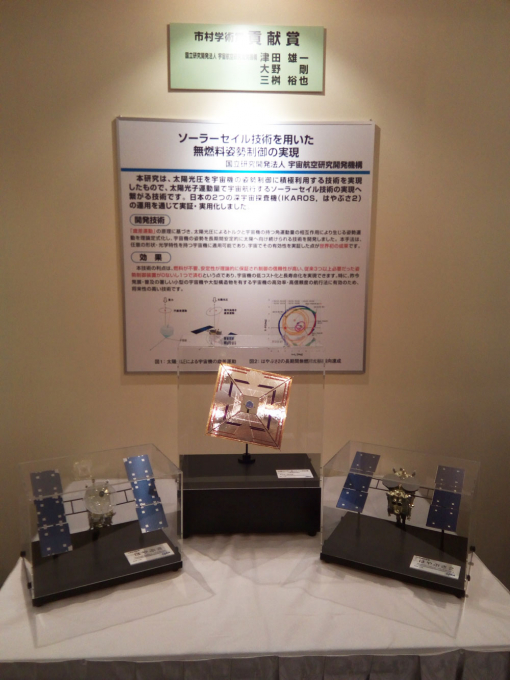