The small asteroid lander, MASCOT, that was developed in Germany and France, was successfully separated from the Hayabusa2 spacecraft on October 3 and delivered safely to the surface of Ryugu. After landing, MASCOT acquired scientific data on the asteroid surface, which was transmitted to the MASCOT team via the spacecraft. Scientific analysis of this data is expected to be performed by the MASCOT team from now onwards.

From the Hayabusa2 spacecraft, we attempted to capture the separated MASCOT using the three optical navigation cameras (ONC-T, ONC-W1, ONC-W2). When the image data was received from the spacecraft, we could confirm that MASCOT appears in images photographed with the ONC-W1 and ONC-W2. 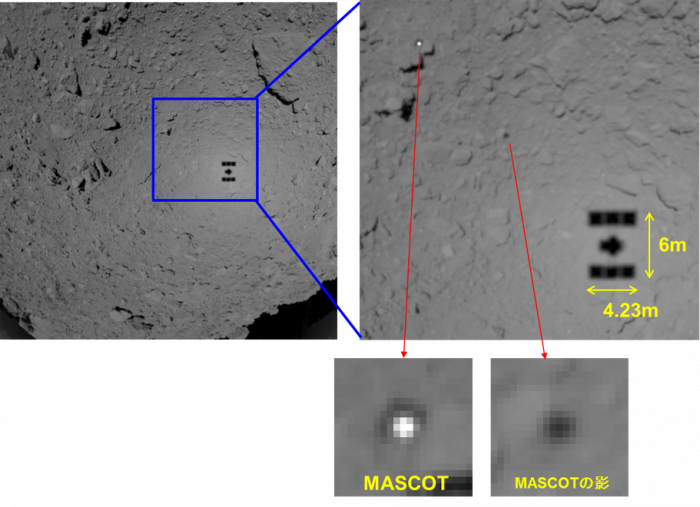 Figure 2: Image taken on October 3, 2018 at 10:59:40 JST by the Optical Navigation Camera - Wide angle (ONC-W1). Enlarging the image reveals white and black dots that correspond to MASCOT and its shadow, respectively, during the descent. The large shadow in the lower right of the MASCOT image is the shadow of the Hayabusa2 spacecraft.
(Image credit ※1: JAXA, University of Tokyo, Kochi University, Rikkyo University, Nagoya University, Chiba Institute of Technology, Meiji University, University of Aizu, AIST.)