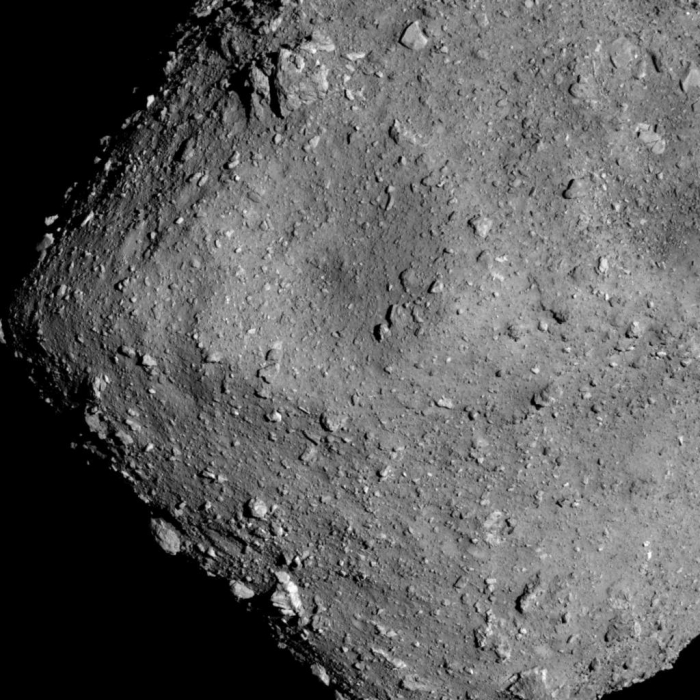 The resolution in Figure 1 is about 3.4 times higher than the images taken from the Home Position so far (for example, here). 1 pixel in Figure 1 corresponds to about 60cm. The largest crater on the surface of Ryugu is situated near the center of the image and you can see that it has a shape like a "mortar". You can also see that the surface of Ryugu is covered with a large number of boulders. This picture will provide important information as we choose the landing site.

Activity at this lowered altitude is called a "BOX-C operation". In the Hayabusa2 Project, we define three regions for spacecraft operations above Ryugu; BOX-A, BOX-B and BOX-C. A diagram of these operation regions is shown in Figure 2. 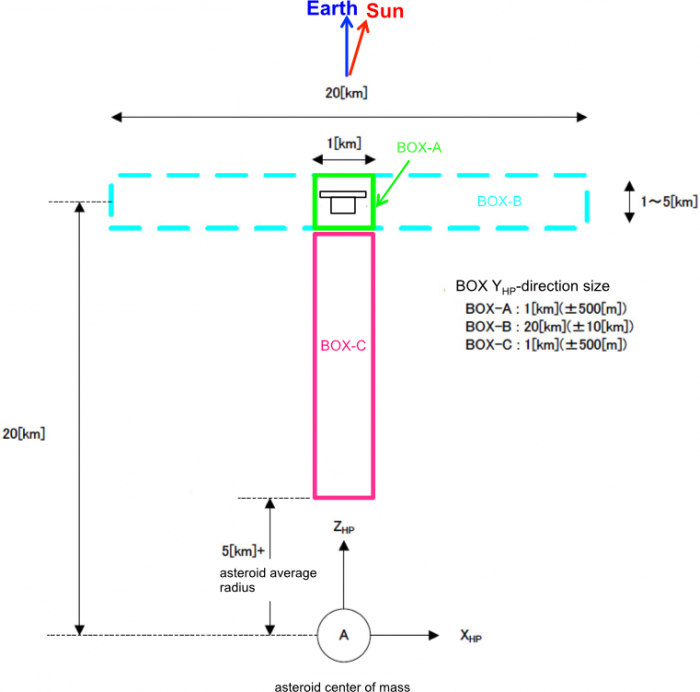 Figure 2: Definition of the operation BOX. XHP, YHP, ZHP are the coordinates of the Home Position. The YHP -axis is perpendicular to this page (or screen) and faces towards the reverse side of the page.
Image credit: JAXA

BOX-A corresponds to the Home Position, with an altitude of about 20km. BOX-B is at same altitude as BOX-A, but the spacecraft can now move ±10km forwards, backwards, left and right. BOX-C has the same dimensions at BOX-A front-to-back and left-to-right, but this region contains an altitude down to about 5km from the asteroid surface. We define the co-ordinate system here as the Home Position co-ordinate system. To understand this system, take a look at Figure 3 below. The important point is that the Z-axis always points in the direction away from the asteroid towards the Earth.

In this last week, we operated within BOX-C, descending slowly towards the asteroid from July 17. Hayabusa2 hovered at the lowest altitude for one day from July 20. After conducting observations of Ryugu during this time, Hayabusa2 began to ascend on July 21 and returned to BOX-A on July 25. 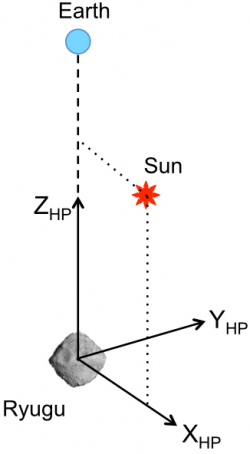