Japan Aerospace Exploration Agency (JAXA) started the third touchdown rehearsal since October 23, 2018. During the rehearsal, Hayabusa2 dropped a target marker onto Ryugu. Images captured by Hayabusa2 confirm that the target marker landed on the asteroid. The state of the Hayabusa2 spacecraft is nominal.
In 2013, JAXA conducted a publicity and outreach campaign to collect names and messages for the mission. Each marker and return capsule carry submitted names. JAXA is pleased to announce that those have been successfully delivered to Ryugu. 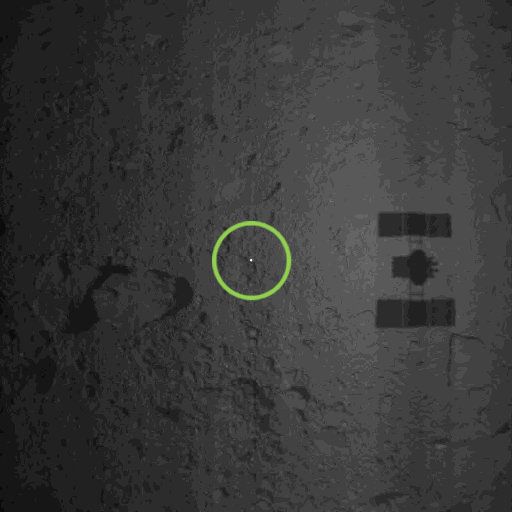 Image: Target marker on Ryugu, appearing as a white dot in the center of the green circle, as captured by the Hayabusa2 wide-angle optical navigation camera (ONC-W1) 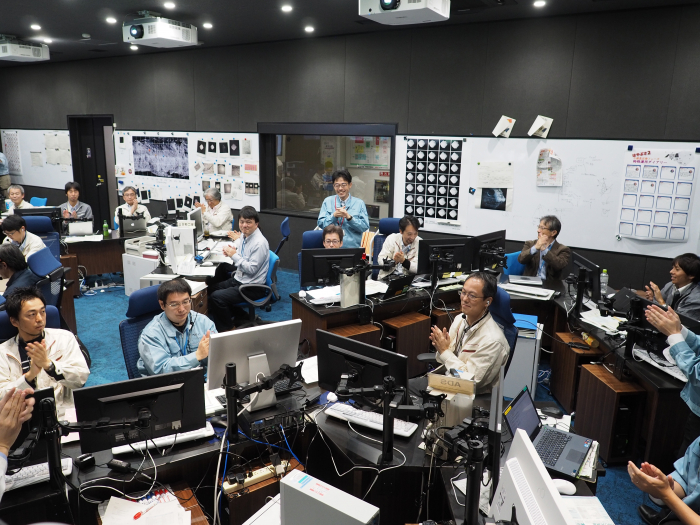 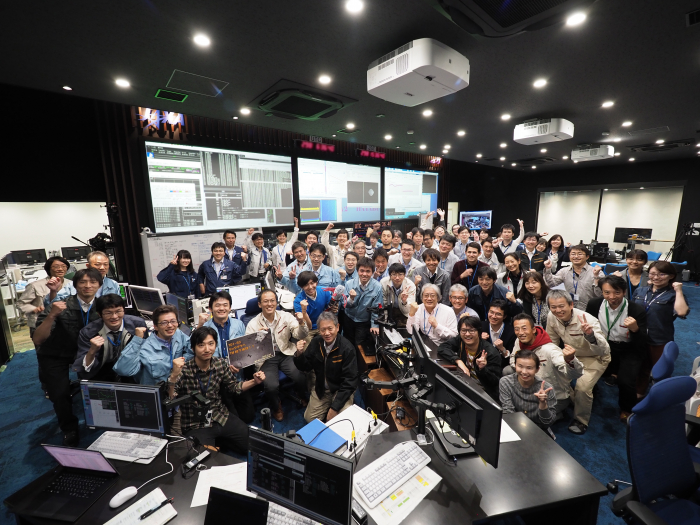