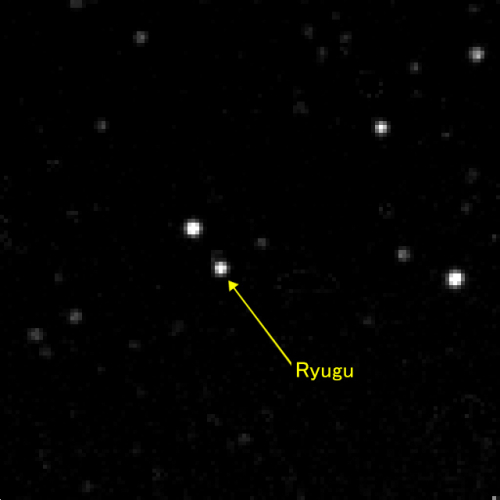 On February 26, 2018, Hayabusa2 saw its destination -asteroid Ryugu- for the first time! The photographs were captured by the ONC-T (Optical Navigation Camera - Telescopic) onboard the spacecraft. Images were taken on February 26th.
The distance between Ryugu and Hayabusa2 when the images were taken is about 1.3 million km. Ryugu as seen from Hayabusa2 is in the direction of the constellation Pisces.

"Now that we see Ryugu, the Hayabusa2 project has shifted to the final preparation stage for arrival at the asteroid. There are no problems with the route towards Ryugu or the performance of the spacecraft, and we will be proceeding with maximum thrust," explains Project Manager, Yuichi Tsuda.