The stage of continuous operation between the 10th of January and the 3rd of June totaled around 2,426 hours, producing a velocity increase of 393 m/s. This number of operational hours was according to plan. From here on, accurate orbital determination of both the spacecraft and the asteroid will be made via radio and optical navigation as Hayabusa2 approaches Ryugu. There may be an additional use of the ion engine to make minute adjustments to the trajectory as necessary. 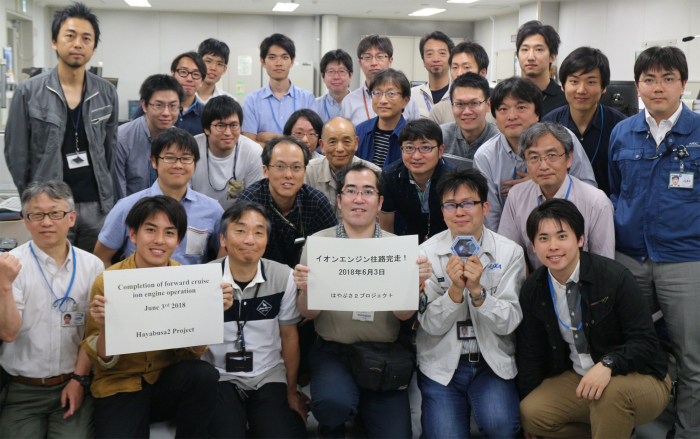