The second touchdown rehearsal (TD1-R1-A) was performed from October 14 to 16. On October 15, just before 22:44 JST when the spacecraft reached a new low altitude of 22.3m, we successfully photographed the surface of Ryugu using the Optical Navigation Camera - Telescopic (ONC-T). This is the highest resolution image to date (Figure 1). 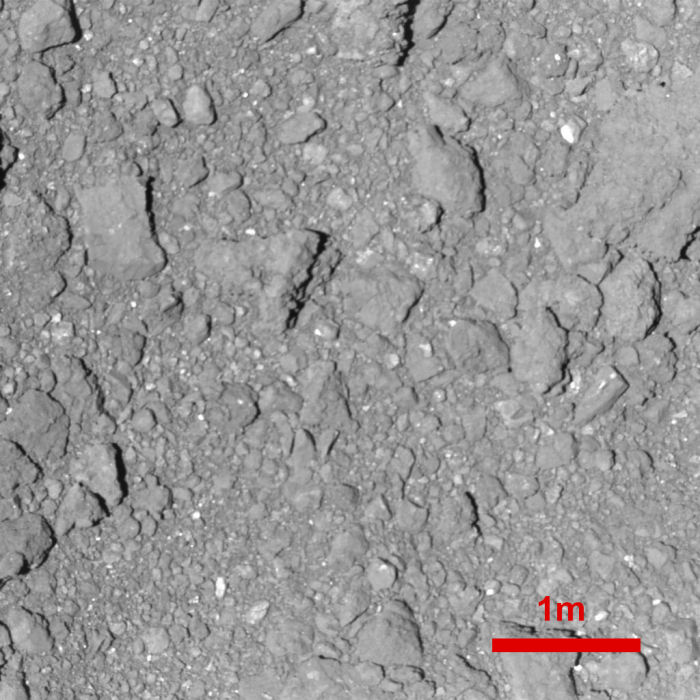 A feature from the image is the lack of regolith (sandy substance). This was suspected to be true from the images obtained so far, but it is more clearly seen in this high resolution photograph. There is also a collection of pebbles with different colors, which may be evidence that the surface material of Ryugu is mixed.

It is a landmark for the mission that such high resolution images were captured by the spacecraft before landing. Such a detailed image that can be used to visually recognize anything above about 1cm in size is extremely useful in analyzing the surface photographs returned from the MINERVA-II1 rovers and MASCOT lander and also for understanding the microanalysis from the sample once it is returned to Earth.

Note: the image area in Figure 1 is shown in the yellow box. 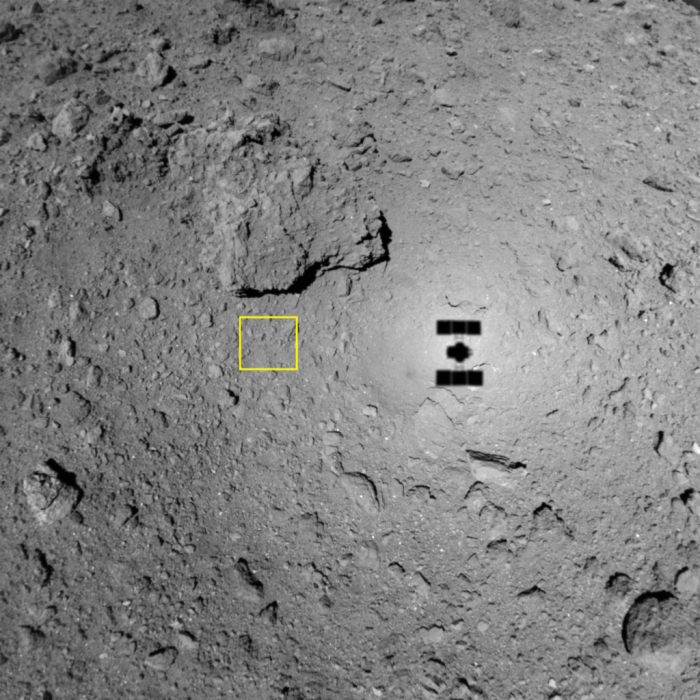 Figure 2: Surface of Ryugu photographed by the ONC-W1 at an altitude of about 49m. The image was captured on October 15, 2018 at 22:39 JST. The yellow square indicates the image area in Figure 1.
(Image credit ※: JAXA, University of Tokyo, Kochi University, Rikkyo University, Nagoya University, Chiba Institute of Technology, Meiji University, University of Aizu, AIST)

※: Please use the displayed credit when reproducing these images. In the case where an abbreviated form is necessary, please write "JAXA, University of Tokyo & collaborators".