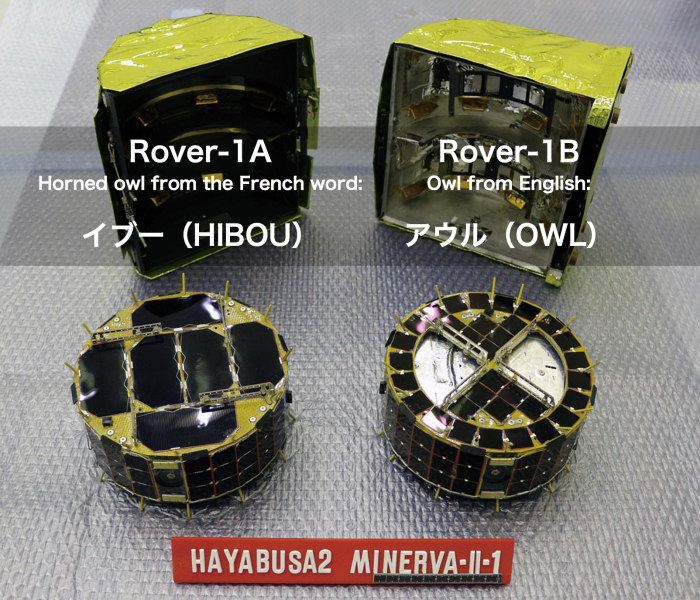 On September 21, 2018 (JST), the two MINERVA-II1 rovers (Rover-1A and Rover-1B) separated from the Hayabusa2 spacecraft to land on the surface of asteroid Ryugu, where they successfully imaged and hopped across the asteroid surface autonomously. These two rovers have now been given names.

In Roman mythology, Minerva is the goddess of music, poetry, medicine, wisdom, commerce, weaving, crafts and magic. Works of art of the goddess frequently show her with an owl, which is considered her sacred creature and a symbol of wisdom. We therefore named our rovers after Minerva's symbol of the owl. As the two rovers are slightly different from one another, we named them after the owl and the horned owl :