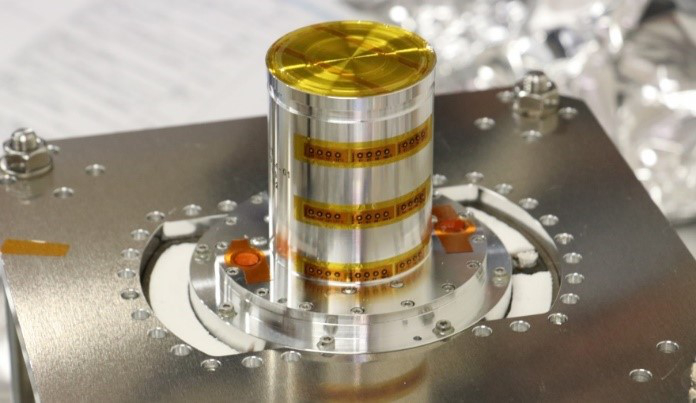 Mass spectrometry and gas sampling were performed on the gas trapped in the sample container that was brought back to Earth by the Hayabusa2 spacecraft. Thirty hours after the re-entry capsule landed, the gas component within the sample container was extracted, sampled and examined with mass spectrometry using the GAs Extraction and Analysis equipment (GAEA) on site in Australia. After this, the gas sample was distributed to research institutes in Japan and overseas, and precise isotopic analysis of the gas components was performed. The results of this analysis revealed the gas contained a mixture of the solar wind and the Earth's atmosphere. Based the amount of helium in the container, the trapped gas most likely originated in the solar wind that was liberated from the pulverisation of the surface of the grains in the Ryugu sample. The Hayabusa2 mission has become the first in the world to return gaseous components from a near-Earth orbit back to Earth.

A dehydrated space-weathered skin cloaking the hydrated interior of Ryugu