The asteroid 1999 JU3, a target of the Asteroid Explorer "Hayabusa2," was named "Ryugu".
The Japan Aerospace Exploration Agency (JAXA) conducted a naming proposal campaign between July 22 and August 31, 2015. The result of the careful study of proposed names by the selection panel of pundits is as follows.

The selected name was proposed to the Lincoln Near Earth Asteroid Research (LINEAR) Team of the United States, which had the right to suggest the name for 1999 JU3. The LINEAR Team then proposed the name to the IAU, which had the final naming right.
The naming of an asteroid usually takes about three months to review. The review process for the "Ryugu" this time was unprecedentedly quick, and the name was published on September 2015 issue of the Minor Planet Circular by Minor Planet Center, which manages the names of asteroids in the solar system. 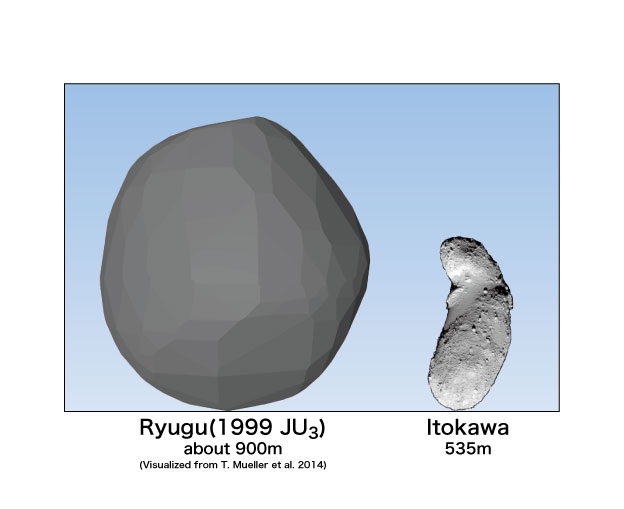