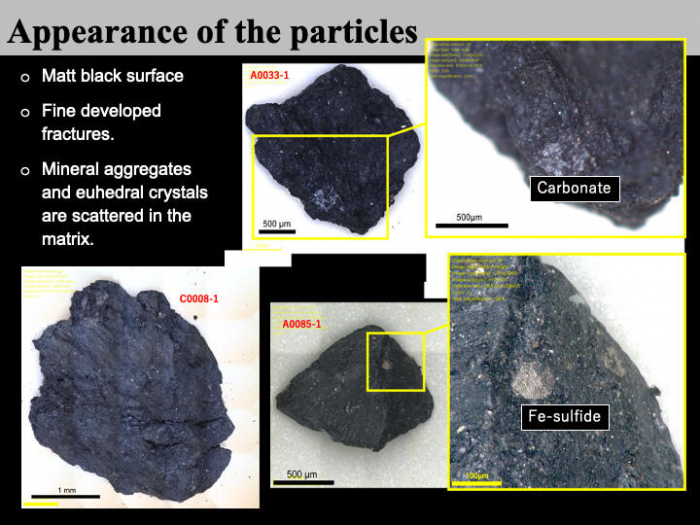 Sample analysis of material returned from asteroid Ryugu through the efforts of the Hayabusa2 Project Team are being carried out by the Hayabusa2 Initial Analysis Team, which consists of 6 sub-teams, and two Phase-2 curation institutions, Okayama University and the Japan Agency for Marine-Earth Science and Technology (JAMSTEC) Kochi Institute for Core Sample Research. This paper summarises research results from the Okayama University Phase-2 curation that was published in the Proceedings of the Japan Academy on June 10, 2022.

On the origin and evolution of the asteroid Ryugu: A comprehensive geochemical perspective

A detailed comprehensive geochemical analysis was performed on 16 grains recovered from asteroid Ryugu, the target of the Japanese asteroid explorer Hayabusa2 mission. The results revealed that the asteroidal material sample retains evidence of complex physico-chemical processes that occurred from before the formation of the Solar System through to the present, providing a new picture of the evolution of material in the Solar System, including that of the origin of life.