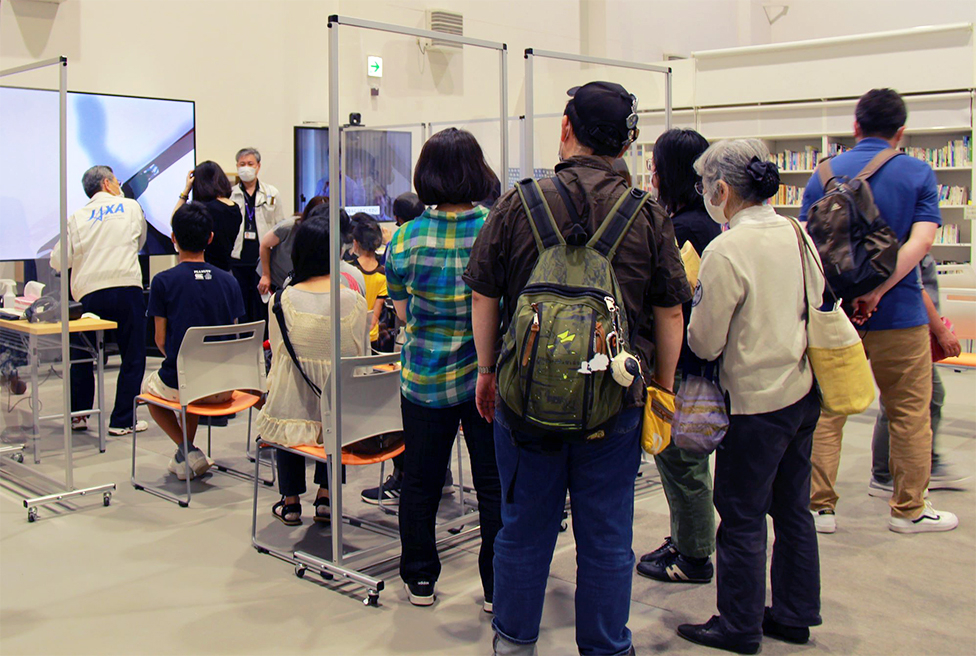 We have finally entered the second half of Hayabusa Week! During the first half of the week, we tried out a virtual reality (VR) lunar experience project at the Communication Hall of Space Science and Exploration. (Photo: The VR lunar experience booth and viewing area.)

What is Hayabusa week?

In connection with Hayabusa Day (June 13), Sagamihara City has a designated "Hayabusa week" from June 11 - 19th, 2022, with space-related events held at different venues.

It was on June 13, 2010, that the first Hayabusa mission returned to Earth with a sample from asteroid Itokawa, after overcoming a stream of difficulties.

Ten years later, Hayabusa2 delivered the sample from asteroid Ryugu to the Earth in an achievement that hit a series of World firsts. Hayabusa2 continues to travel through deep space, aiming to collect even more world records. Journal papers on the initial analysis results of the Ryugu sample have begun to appear, and have already revealed that the sample is incredibly valuable for understanding the state of our Solar System shortly after its formation, drawing attention from researchers all over the world. Please keep an eye on the more detailed analysis results as they appear in the future!

The sample return exploration technology and experience acquired with Hayabusa and Hayabusa2 will be used in future sample return missions, including MMX (Martian Moons eXploration Mission) that is aiming to return the World's first round-trip from the Martian sphere, and first sample return from a Martian moon.

As part of the events for Hayabusa Week, a virtual reality lunar experience was held on June 11 and 12 at the JAXA Sagamihara Campus Communication Hall of Space Science and Exploration. Two different experiences could be tried; "ski jumping on the Moon" (target age 13 years and old) and "rocket tour" (target age 7 years and over). The ski jump experience included a competition in which participants attempted to clear the longest distance.

On the day of the event, the distributed numbered tickets were so popular that they soon disappeared, and many people from children to adults enjoyed the experiences!

Attendees told us, "I understood the size of the Moon, and it was very beautiful and fun!", "I learned a lot from seeing all the different things, which was a valuable experience", "I hope you do this regularly!". JAXA hopes to look at the results of this project, and consider how to utilise VR in the future! 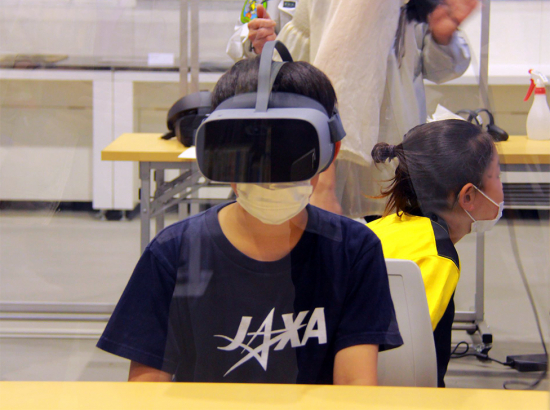 The World is about to enter a new era of lunar exploration!

Why was the stage of the VR experience set on the Moon...?

This is because the destination of the SLIM (Small Lander for Investigating the Moon) mission to be launched by JAXA is our Moon! In preparation for the first crewed lunar landing since the Apollo program, lunar exploration is generating global excitement. Japan will tackle a variety of challenges with SLIM to acquire advanced landing techniques for the Moon. 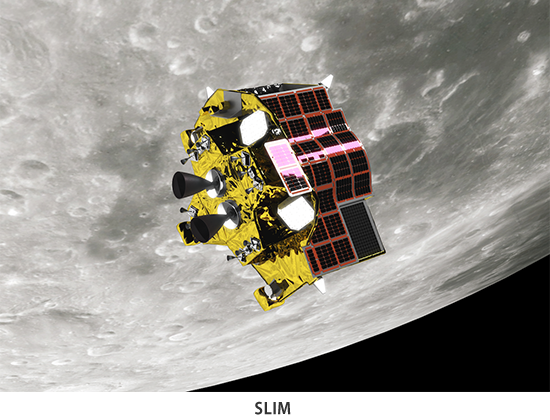 Did you know that VR technology is being used in JAXA's space development? At the sounding rocket launch site, it is possible to see through to the inside of the rocket using VR, and compare this with launch vehicles of the past. Maybe in the future, we'll be developing rockets with foreign countries in digital space! 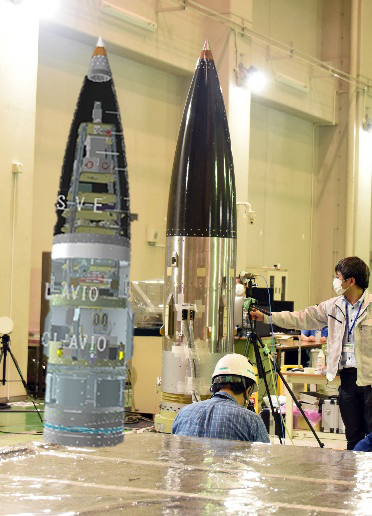 Seeing the inside of a rocket with VR

Learning from the VR experience

We hoped that the VR lunar experience would not only be fun to try, but also an opportunity for learning.

For example, at the competition in the "ski jumping experience", many participants were excited to try for the top record! The highest leap on the Moon was 301.2m! There are many records on Earth in the 100m range, and some people wondering why there was such a big different in jump distance between the Earth and Moon. There was also a big difference in the degree of acceleration when going down the slope.

These differences are due to the different magnitudes of gravity between the Earth and Moon. The Moon's gravity is about 1/6 of that of the Earth! Therefore, even if you perform your ski jump in exactly the same way, there will be a variety of differences.

This VR experience can encourage people to think about the reason for their different results when they jumped on the Earth and Moon in VR.

It can also be fun to dig deeper to unravel this mystery. Why is the Moon's gravity only about 1/6 of that of the Earth? If you look at the size and mass of the Earth and Moon, you may understand the reason...? 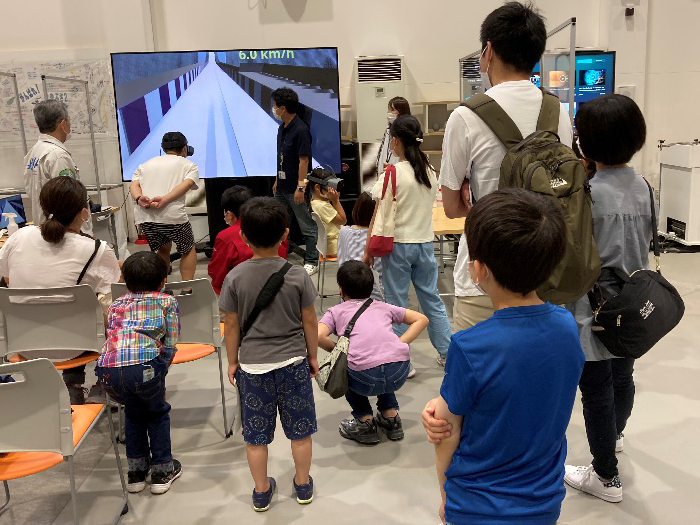 Experiencing the VR "ski jump". Everyone can watch you jump together!

Please look forward to the second half of Hayabusa Week!

While the VR experience was planned for the first half of Hayabusa Week (only June 11 and 12), in the second half of the week, you can continue to see the full-scale model of Hayabusa2 and an actual part of the sample from asteroid Ryugu in the Communication Hall of Space Science and Exploration! On June 18 and 19, a space gourmet food truck will open in the parking lot of the Communication Hall, and you can enjoy space grommet food made from local Sagamihara ingredients.

Please do visit the JAXA Sagamihara Campus during the second half of Hayabusa Week! 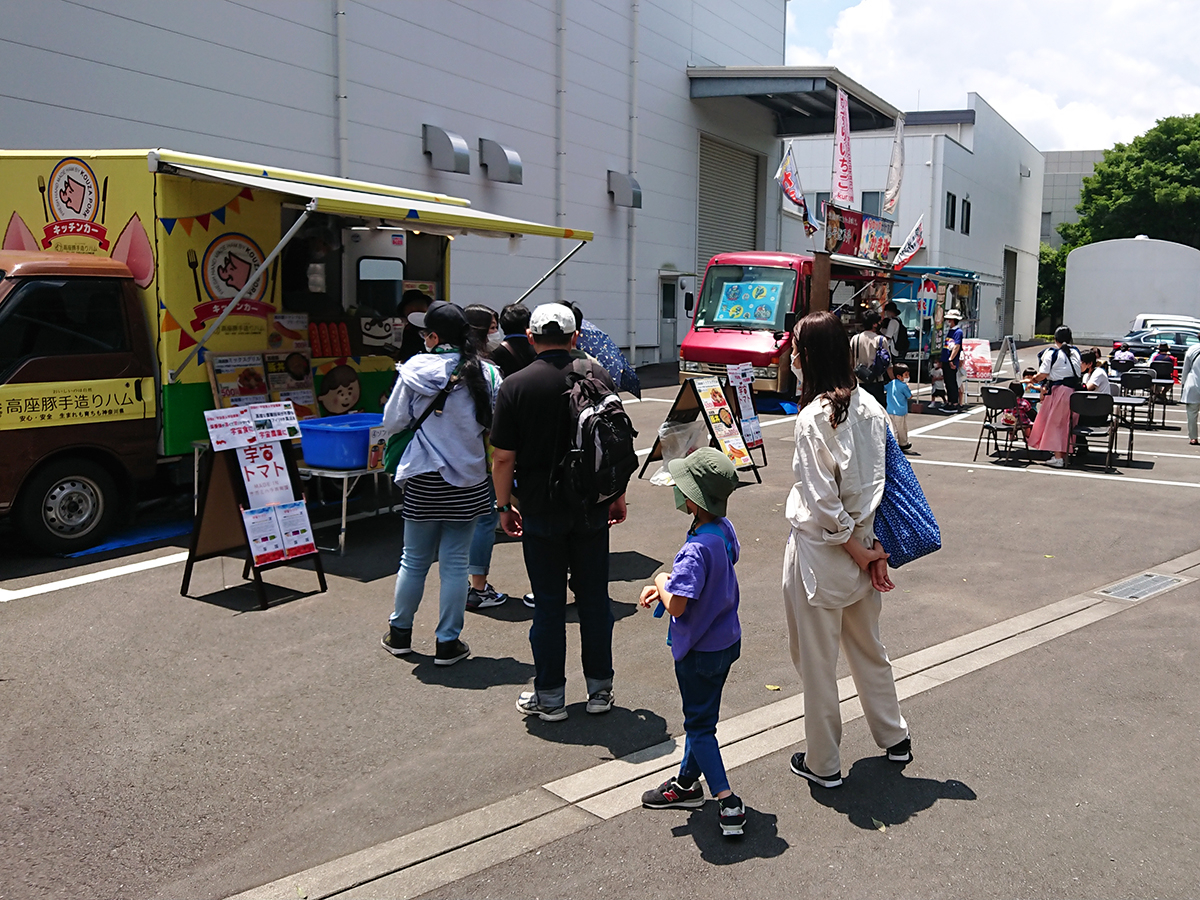 Is there fun after Hayabusa Week?

As we enter a new era in lunar exploration, we recommend our new podcast, "Seven Wonders of the Moon", which is scheduled to be released at the end of June, for those who want to know surprising facts about our own Moon! We will introduce seven Moon wonders in English, each described in about 1 minute (at the same time, the English script will be released). Details will be posted on Twitter, and a special website of the JAXA Space Education Center, so please do check this out!

Even after Hayabusa Week is over, you can listen to the podcast to increase your understanding of the Moon!