The Japan Aerospace Exploration Agency (JAXA) and the National Aeronautics and Space Administration (NASA) have agreed to cooperate on the X-Ray Imaging and Spectroscopy Mission: XRISM. On October 2, 2018, Hiroshi Yamakawa, President of JAXA, and Jim Bridenstine, Administrator of NASA, signed a Memorandum of Understanding in Bremen, Germany. 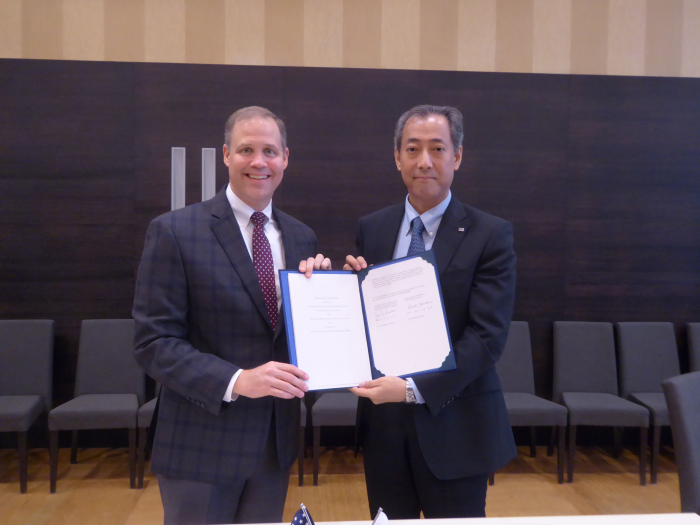 In this MOU, JAXA and NASA agreed to strengthen cooperative ties fostered during the development of the X-ray astronomy satellite (ASTRO-H). The operation of ASTRO-H was discontinued in April 2016. JAXA has conducted a thorough investigation to determine the cause of the loss of ASTRO-H and have developed measures to prevent a recurrence. XRISM is a project whose processes were extensively reviewed based on these preventive measures. Utilizing instruments which provide thirty times the resolution of the best previous observations with imaging, XRISM will conduct research on "the structure formation of the Universe and evolution of clusters of galaxies," "circulation history of baryonic matters in the Universe," the "transport and circulation of energy in the Universe," and will aim to realize "new science with the unprecedented high resolution X-ray spectroscopy."

In addition, JAXA, NASA, and the European Space Agency (ESA) will contribute components for the soft X-ray spectroscopic imaging system. JAXA and NASA will also cooperate on ground support equipment to process the observed data. Those data will be provided to scientists worldwide through each data center.