The Japan Aerospace Exploration Agency (JAXA) and the Centre National d'Etudes Spatiales (CNES) of France concluded an "Implementing Arrangement" for the analysis of the Hayabusa2 return samples in June 2019, and have been carrying out cooperative activities. The infrared spectromicroscopy (MicrOmega) provided by CNES to JAXA's sample analysis facility under the Implementing Arrangement has contributed significantly to the analyzing of samples from the asteroid Ryugu. In response, on 30 June 2022, Dr. KUNINAKA Hitoshi, Director General of the Institute of Space and Astronautical Science, JAXA and Mr. Christophe Venet, Director for European and International Affairs, CNES agreed to extend the loan period of MicrOmega by approximately two years from the original plan to 25 June 2024 and continue the cooperation. 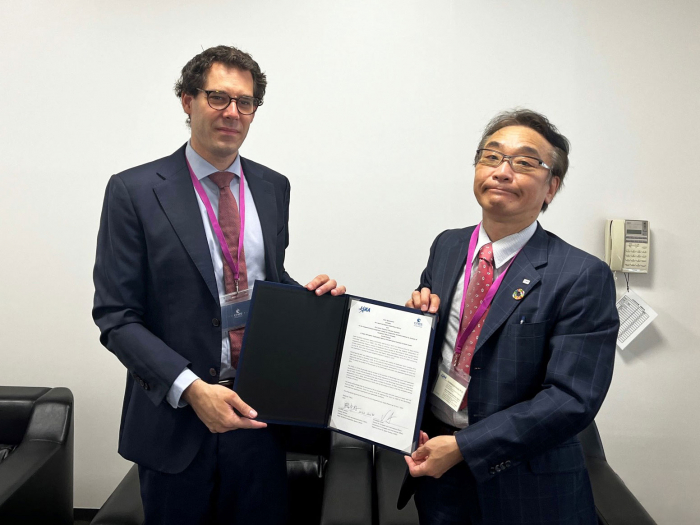 The MicrOmega loaned by CNES has been installed in the Extraterrestrial Sample Curation Center at the JAXA Sagamihara Campus and has played a major role in the initial analysis and cataloguing of samples since Hayabusa2's return to Earth in December 2020. Samples are now being provided to research institutions in Japan and abroad, leading to the publication of scientific results such as the confirmation of the presence of water and organic matter. Samples are also being distributed to researchers around the world through an international call for research (International AO), which is expected to yield a variety of research results. Following the agreement to extend the providing period of MicrOmega, JAXA will continue to collaborate with CNES to pursue further scientific results.