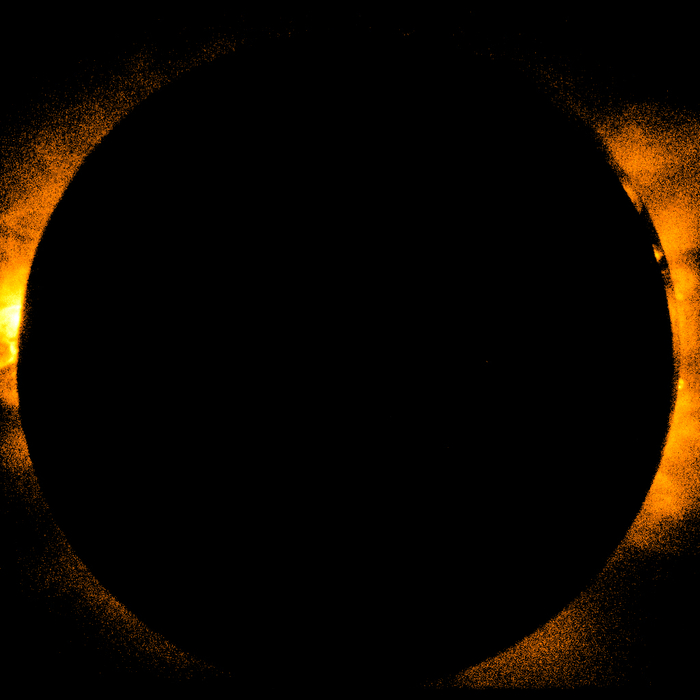 The images and videos were taken on March 9, 2016 at 9:08 JST with the X-Ray Telescope (XRT) aboard "Hinode" during its flight above the Indonesian sky at an altitude of 680km. In the images and videos, the dark new moon appeared from the south west (the lower right side of the image) and passed across the solar disk toward the north of the sun which is seen shining in X-rays. Most of the sun as seen from "Hinode" was hidden (a maximum of 97.8% of the solar diameter), which was still a partial eclipse albeit very close to entering the total eclipse zone. Since the flight speed of "Hinode" is very fast (27,000 km per hour), the duration of the partial eclipse was only about 15 minutes.

During this period, international joint observations were performed between "Hinode" and ground-based observation teams in Indonesia. In addition to the X-ray observations, observations of ultraviolet emission lines emanating from the corona were conducted by the Extreme ultraviolet Imaging Spectrometer (EIS). These data are scheduled to be used to investigate the relationship between the coronal structures seen in visible light during the total solar eclipse and X-ray jets, and to study the physical state of the hot coronal material.