Solar microflares are amongst the major energy input sources that form the active nature of the solar corona. They are also an important target in understanding energy release mechanisms in the corona. We coordinated Hinode and IRIS satellite observations with ALMA’s millimeter wave observation and succeeded to capture the behavior at the foot of a microflare for the first time. One of the interesting and surprising findings is that the magnitude of non-thermal energy impinging on the microflare foot was approximately 100 times smaller than the thermal energy produced in the corona. Another interesting finding is that the exact locations of the foot, which is detected as several brightening kernels, are in weak and void magnetic areas formed within a patchy distribution of strong magnetic flux at the solar surface. This provides a conceptual image that the transient energy release occurs in the corona on the sheaths of magnetic flux bundles connecting from the strong flux islands at the solar surface. These results are providing important suggestions in the understanding of physical mechanisms for transient energy release in the solar atmosphere.

Solar microflares*1 are tiny energy releases occurring in the corona and amongst the major energy input sources that form the active nature of the solar corona. This study investigated the response of the low atmosphere to microflares, providing new clues to investigate how microflares are produced. Hinode*2 and IRIS*3 satellite observations were coordinated with ALMA*4’s millimeter wave observation. During the observations, a soft X-ray loop-type microflare was captured using Hinode X-ray telescope in high temporal cadence (Figure 1). A brightening loop foot-point was successfully captured for the first time within the narrow field of view of ALMA, IRIS slit-jaw imager, and Hinode Solar optical telescope’s spectro-polarimeter.

Counterparts of the microflare at the loop foot-point were detected in Si IV (about 60,000K) and ALMA images (Figure 2), while the counterparts were less apparent in C II (about 20,000K) and Mg II k (about 10,000K) images. The time profile of the signal showed an impulsive profile, which peaked during the rising phase of the soft X-ray intensity and then returned to pre-intensification level at the peak of the soft X-ray intensity. Note that the soft X-ray intensity here represents the magnitude of thermal energy produced in the corona. These results suggest that impulsive counterparts can be detected in the transition region and upper chromosphere where the plasma is thermally heated by non-thermal particles impinging from the corona to the chromosphere.

The millimeter waves observed by ALMA are extremely useful in exploring the thermal response in the chromosphere, and the ALMA signal allows us to estimate the energy of the rapid thermalization at the foot. That is to say, we know the magnitude of the non-thermal energy*5 that the accelerated particles impinging into the foot have. On the other hand, the soft X-ray intensity from Hinode estimates the magnitude of the thermal energy*5 released by the microflare in the corona. One of interesting and surprising findings is that the magnitude of non-thermal energy was approximately 100 times smaller than the energy released in the corona. This is the first example to reveal the lack of accelerated particles for microflares in order of 1026 erg (1019 joule).

Another interesting finding is that the foot-point counterparts in Si IV consist of several brightening kernels (Figure 3a), all of which are located in weak and void magnetic areas formed in patchy distribution of strong magnetic flux at the solar surface (Figure 3c). The kernels provide a conceptual image in which the transient energy release occurs at multiple locations in the corona on the sheaths of magnetic flux bundles connecting from the strong flux. When the brightening loop structure is formed with magnetic reconnection*6, the field discontinuities for the reconnection may be formed between the magnetic field lines arising from the strong magnetic islands located just beside the Si IV brightening kernels.

It should be noted that our results come from only one event. As the solar activity will gradually increase in coming years, we expect more examples from simultaneous observations by Hinode, IRIS, and ALMA for confirming our results. Furthermore, a lot of transient intensity variations smaller than the response at the foot-point of this microflare have been recognized in the ALMA data. As the cause of such small variations, the emergence of tiny magnetic flux from below the solar surface was identified recently (Abe, Shimizu, & Shimojo 2022 Front. Astron. Space Sci. 9:908249. https://doi.org/10.3389/fspas.2022.908249). Various other possibilities (waves and oscillations, dynamical behaviors of the chromospheric materials, magnetic reconnection) are currently being investigated around the world. 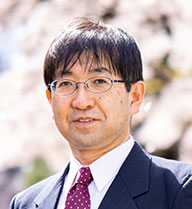 SHIMIZU Toshifumi
Ph.D. earned at The University of Tokyo in 1995, Worked at ISAS/JAXA since 2005. Also, Hinode project manager.