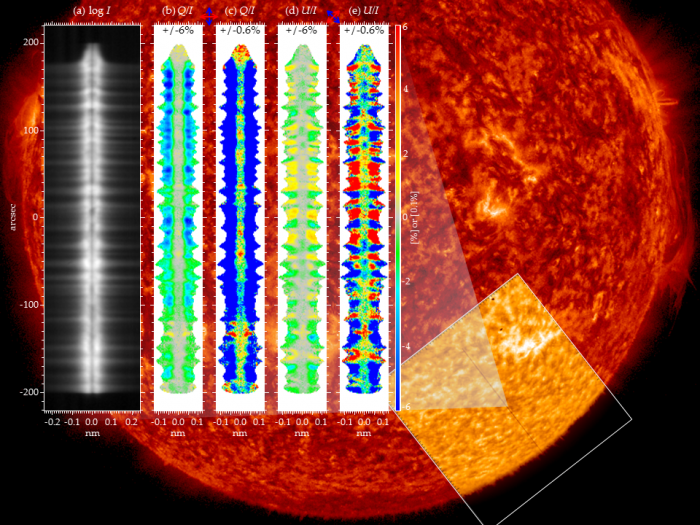 For the first time in the world, scientists have explored the magnetic field in the upper solar atmosphere by observing the polarization of ultraviolet light from the Sun. They accomplished this by analyzing data taken by the CLASP sounding rocket experiment during its 5-minute flight in space on September 3, 2015. The data show that the structures of the solar chromosphere and transition region are more complicated than expected. Now that ultraviolet spectropolarimetry, the method used in the CLASP project, has been proven to work, it can be used in future investigations of the magnetic fields in the upper chromosphere and the transition region to better understand activity in the solar atmosphere.