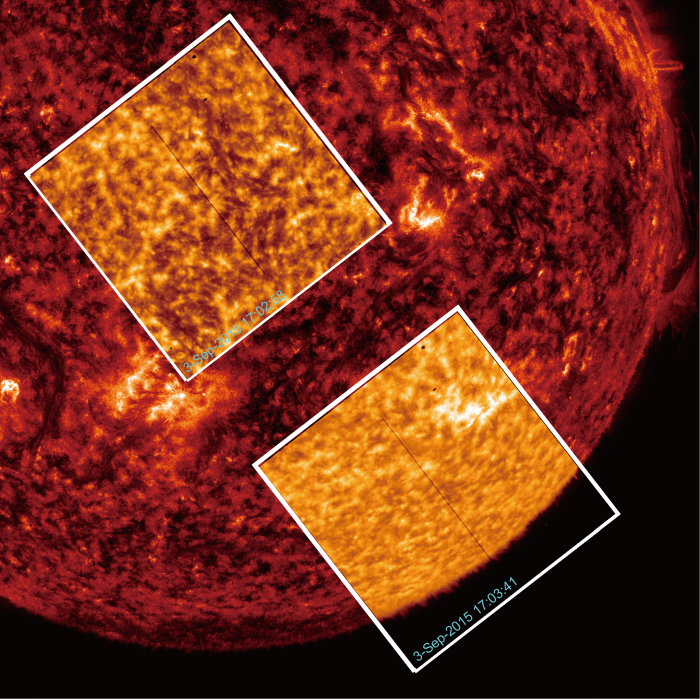 Ubiquitous supersonic (150 km/s - 350 km/s) events in the solar chromosphere have been discovered fortuitously by CLASP (Chromospheric Lyman Alpha SpectroPolarimeter) which was carried up above the atmosphere by a sounding rocket on September 3, 2015 and conducted observations for 5 minutes during a ballistic flight. Having an imaging instrument on CLASP with the combination of high cadence and high sensitivity operating under seeing-free conditions led to the detection of many recurrent supersonic events at short timescales everywhere on the Sun. This study was done by an international research team led by astronomers at the National Astronomical Observatory of Japan (NAOJ). These results will appear in "The Astrophysical Journal".