The Japan Aerospace Exploration Agency (JAXA) is pleased to announce that a statement of intent to explore the concept of the international Mars Ice Mapper (MIM) mission has been signed with the National Aeronautics and Space Administration (NASA), the Canadian Space Agency (CSA) and the Italian Space Agency (ASI) (Fig. 1) [Link].

MIM is a Mars orbiter equipped with a Synthetic Aperture Radar (SAR) that will observe the distribution of water and ice beneath the surface of Mars. The primary purpose of the mission is to reveal the extent of water resources that may be useful in future human exploration of Mars. In addition, the science motivation behind MIM is to understand the origin and distribution of the ice that will help to elucidate the changes that occurred within the Martian environment.

JAXA is planning the agency's first exploration of Mars with the sample return mission (Martian Moons Exploration: MMX) [Link] from the Martian moon, Phobos, with a targeted launch in 2024 FY. For Mars exploration after MMX, the Japanese planetary exploration community has been conducting exploration studies for effectively mapping the ice distribution from an orbiting spacecraft [Link]. These studies and the cooperation of the JAXA System Technology Unit, which holds a wealth of experience in Earth observation satellites, have led to the participation in MIM. 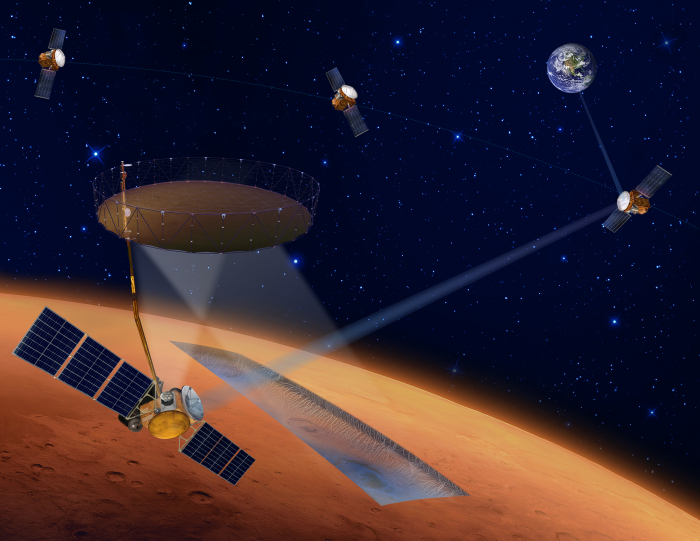 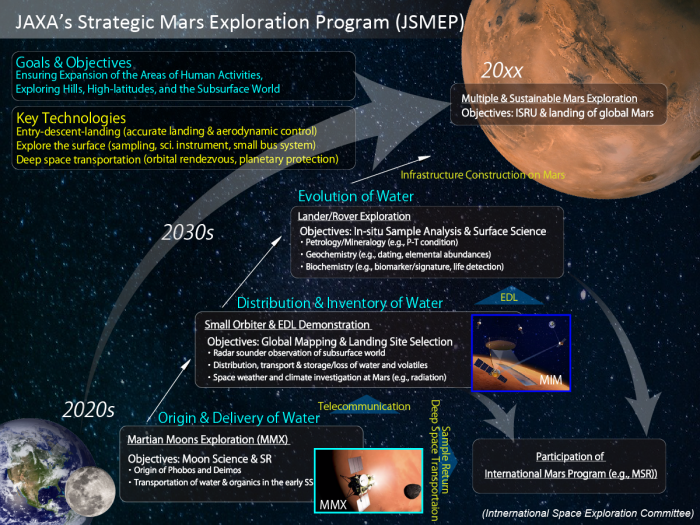