ISAS performs its balloon experiments in Australia to carry out high sensitivity and advanced statistical scientific observation through the use of large-scale observational equipment with an emphasis on "long flights", "on-land recovery of payloads", and "observation of the southern sky". These are things that are difficult to accomplish in Japan.

Unit 2 in the 2018 Australian balloon experiments was released at 6:03 a.m.(JST) on April 26 from the Alice Springs airport in the federal Northern Territory of Australia. A research team used ISAS's scientific balloon that contains 300,000 cubic meters of volume when fully expanded (with a diameter of 88 m) and can launch 405 kg of a payload to altitudes where gamma-rays are little absorbed by the air.

The balloon reached an altitude of 38.0 km two hours after release. During that time helium gas was expelled, the altitude was lowered, and the flight was continued at an altitude with slow wind speeds to secure sufficient time for observations. After more than 15 hours of flight time, the balloon and the mounted equipment, detached by a command signal at 10:47 PM, gently descended to around 250 km southwest of Longreach, Queensland.

The weather conditions on Earth at the time of the launch were as follows: sunny, wind speeds of 3.0 m/s, and a temperature of 12.9 degrees Celsius.

The B18-03 experiment uses an emulsion pair production microscope, GRAINE (Gamma-Ray Astro-Imager with Nuclear Emulsion), jointly developed by Kobe University and Nagoya University, to observe gamma rays in the range of tens of MeV to hundreds of GeV with a resolution 1/10th of the projection angle and 1/100th of the solid angle of the Fermi Gamma-ray Space Telescope.

The experiment aims to elucidate the spatial structure of extended objects such as supernovas and observe objects without counterparts in other wavelengths which are frequently discovered in the high-density region in the Galactic plane. The research team also carried out polarimetry observations.

This balloon experiment was performed in Australia because it was indispensable that the flight time for the balloon is long for observation and because it was necessary to recover the emersion stack immediately after observations. Of course, it was the main reason that the sky in the southern hemisphere is ideal to observe the Galactic Center. 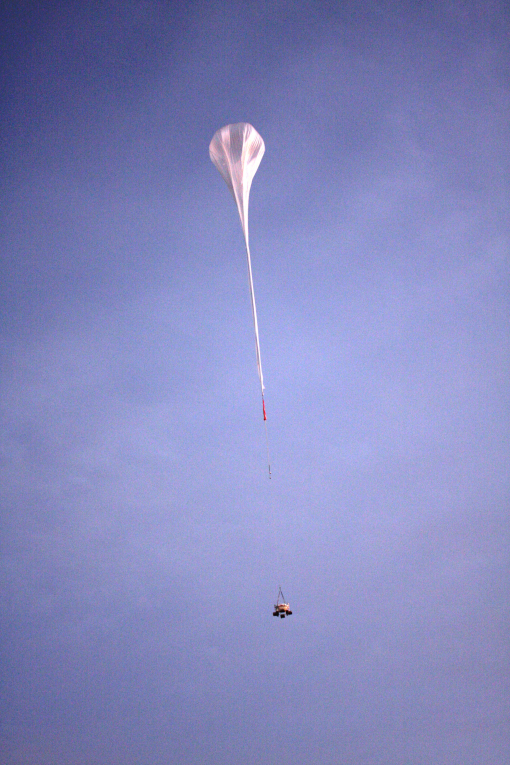