The SS-520-5 rocket is a small scale rocket developed based on JAXA's sounding rockets (SS-520). The rocket was launched from Uchinoura Space Center on February 3rd, 2018 and succeeded in putting the miniature satellite with which it was equipped, Tasuki (TRICOM-1R), into orbit.

JAXA plans to use the results of the development and launch experiment of the SS-520-5 for future space experiments and observations, as well as for future space transportation technologies. The achievement and spread of a low cost launch system is indispensable for more people in the world being able to make use of space in such broad fields as daily life, science, and industry. JAXA hopes that the leading technology obtained with the SS-520-5 will be actively made use of in a variety of other fields.

Additionally, many young researchers and engineers participated in the development and launch of this small scale rocket. Consequently the development of this rocket can be said to have contributed to the cultivation of the next generation of researchers.

Associate Professor Hiroto Habu, who led research and development for the rocket, made the following comment.

"I believe that we have achieved a rocket for the launch of small satellites with no precedent in the world precisely because we had a base for rocket development and operations which has been cultivated over many years and because of the high level of science and technology in Japan. I hope to use the results of this project to aim for the further advancement of technology."

This launch verification experiment was implemented following the adoption of SERVIS project (Space Environment Reliability Verification Integrated System) in 2015 by the Ministry of Economy, Trade and Industry. 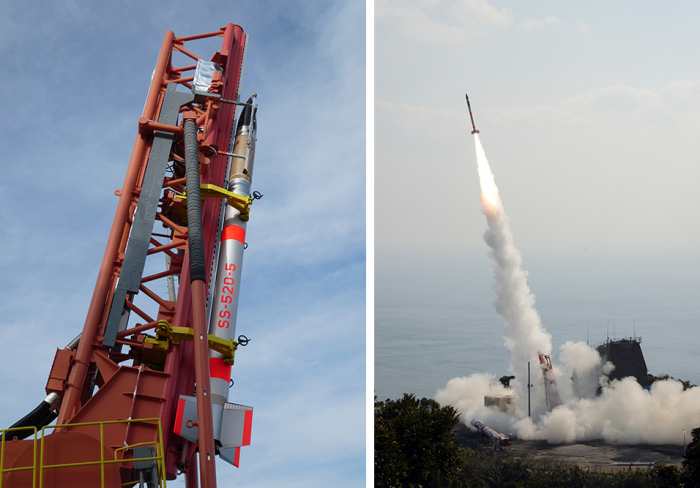