After decades of mystery, an international team led by JAXA unveils the night-side atmospheric circulation from the clouds of Venus.

Long-time regarded as the twin of the Earth, Venus is the evil one compared with our planet, with surface temperatures higher than 450ºC, an overwhelming atmosphere and dense clouds of sulphuric acid fully covering the planet.

During the 60s, ultraviolet observations of the dayside allowed to measure the motions of the Venus clouds, obtaining winds of more than 360 km/h. This was a surprising result since in terrestrial planets such as the Earth or Mars, the atmosphere approximately co-rotates with the planet, but on Venus the atmosphere encircles the planet in about 4 days, much faster than the planet's rotation period of 243 days. This phenomenon, called "super-rotation", has been studied for decades only for the dayside of Venus. Against the expectations, the night-side of Venus is shown to be different to the day by an international team led by Javier Peralta, International Top Young Fellow of JAXA and leading author of this study published in Nature Astronomy. 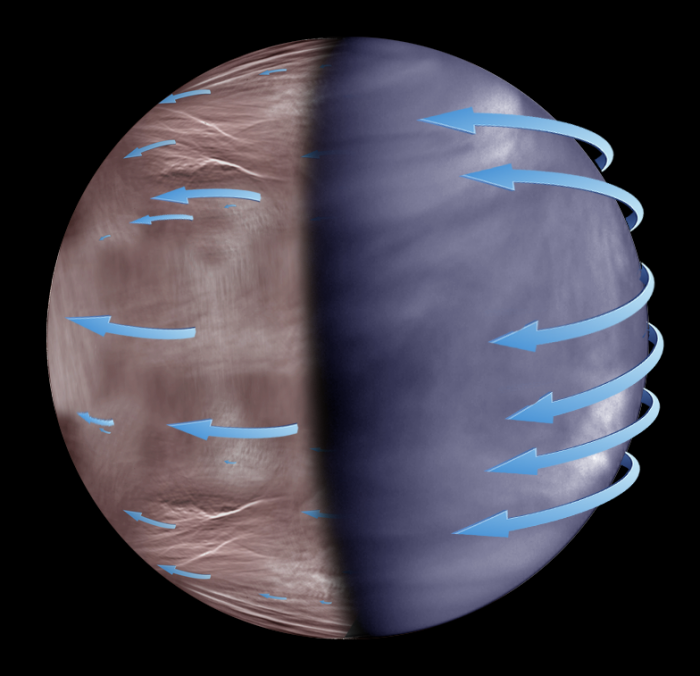 Figure 1: The atmospheric super-rotation at the upper clouds of Venus. While the super-rotation is present in both day and night sides of Venus, it seems more uniform in the day (AKATSUKI-UVI image at 360 nm, right side), while in the night this seems to become more irregular and unpredictable (composite of Venus Express/VIRTIS images ar 3.8 µm, left). CREDITS: JAXA, ESA, J. Peralta and R. Hueso.

"The source of energy for the atmospheric super-rotation of Venus keeps being a mystery, and no numerical model is able yet to perform a realistic simulation", points out Javier Peralta. "The problem is that we had long-time assumed that the circulation on the nightside is as on the dayside, and we were wrong."

Applying new techniques of image processing, the team discovered that the clouds' motions were different in night and day sides, based on separate observations made by the imaging spectrometer VIRTIS on-board ESA's Venus Express (2006-2014) and in 2015 with the instrument SpeX in NASA's infrared telescope IRTF in Hawaii. "We were quite excited when we found out that VIRTIS images also exhibited slow features on the night-side like the ones we had independently discovered with SpeX", comments Toru Kouyama (the National Institute of Advanced Industrial Science and Technology of Japan), who led the observations from Hawaii. 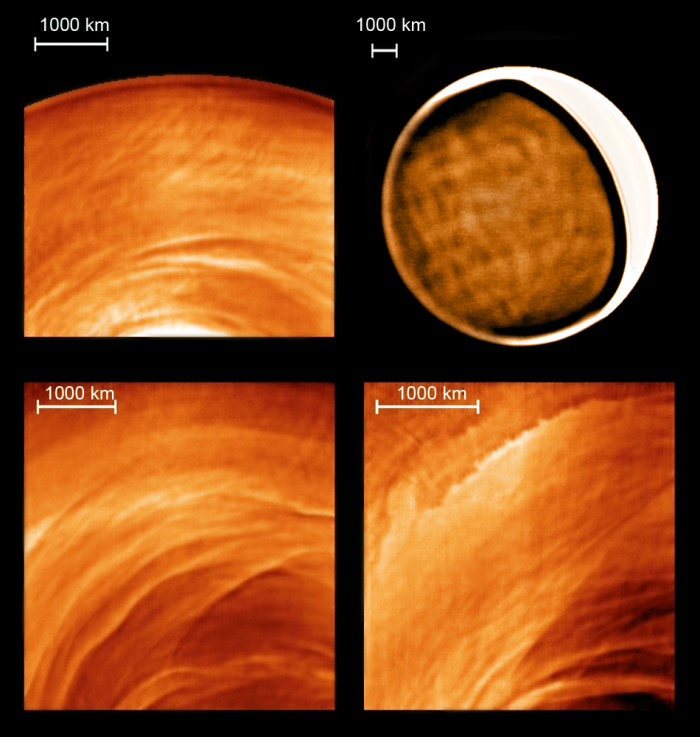 Although the atmospheric super-rotation is also present on the night-side, this is not as 'uniform' as during the day, and VIRTIS exhibited a rich variety of motions and cloud morphologies never seen before, which also suffer drastic and unpredictable changes in just 24 hours. 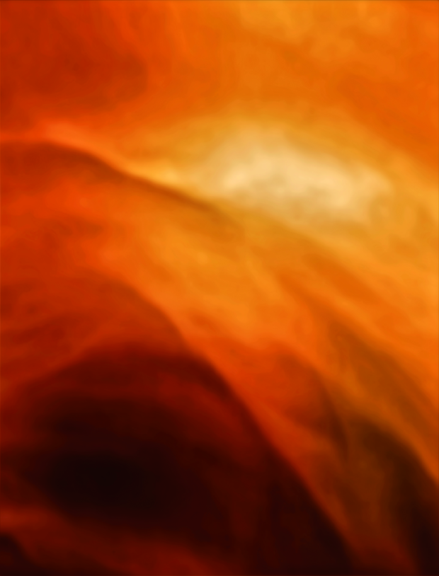 Yet the major surprise was finding abundant cloud features not moving at all, interpreted as the manifestation of a type of atmospheric waves called "stationary". These waves resemble the giant wave recently discovered by Akatsuki (JAXA's Venus Climate Orbiter), although the waves found with Venus Express are much smaller -with scales of hundreds of kilometres- and geographically located over the surface regions with higher elevation. Provided that these waves are usually created when the surface wind finds obstacles such as mountains, the constant presence of stationary waves seems a paradox because the surface of Venus is rather plain in the southern hemisphere and the Russian probes 'Veneras' indicated a practically calm atmosphere on the surface. Moreover, these stationary waves are even more mysterious since they are expected to propagate between the surface and the upper clouds, but they are apparently 'missing' in simultaneous images sensing intermedium levels of the atmosphere, as shown with Venus Express and more recently with Akatsuki.

This research was partially supported by the Spanish project AYA2015-65041-P (MINECO/FEDER, UE), Grupos Gobierno Vasco IT-765-13, and a Grant-in-Aid for the Japan Society for the Promotion of Science. IRTF/SpeX observations were supported by JSPS KAKENHI 15K17767.