A unique characteristic of the atmospheric structure observed in the Venusian is the cold polar vortex surrounding the warmer polar vortex. A large scale numerical simulations of the Venus climate successfully elucidated the formation mechanism of this unique structure. 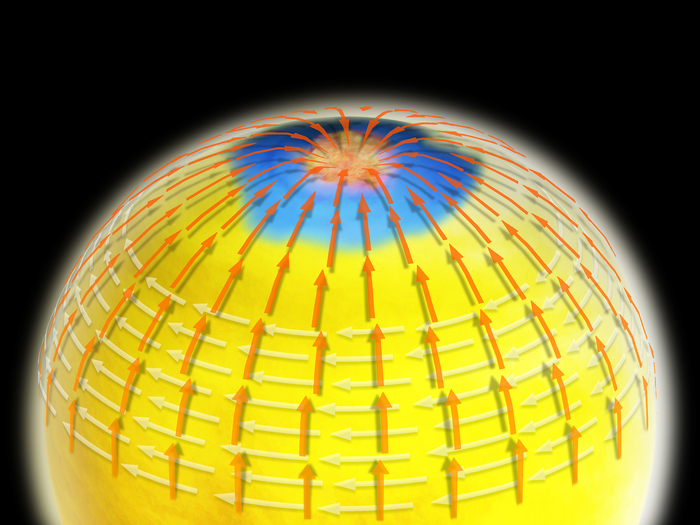 In 1979, the Pioneer Venus orbiter by NASA discovered the puzzling temperature distribution in the north pole for the first time. ESA's Venus Express confirmed the existence at the south pole (Figure 1). For more than 40 years since the first observation, the formation and maintenance mechanism of such structure has been unsolved mystery.

The research team tackled this mystery by utilizing a simulation model developed for the weather on Earth. The team modified the code to apply the Venusian atmosphere. 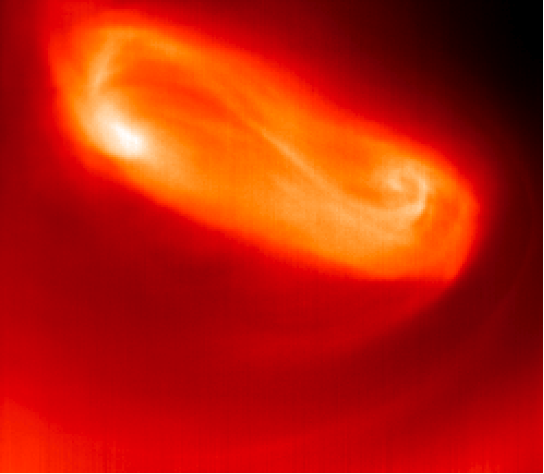 "Both theoretical studies and observations are required to understand the Earth's atmosphere. Thanks to such studies, daily weather forecast can be improved. Similarly, both theoretical and observational studies are vital to understand the climate of Venus", says Hiroki Ando, a lead researcher, from Institute of Space and Astronautical Science (ISAS) in Japan, and lead author of the paper reporting the results in Nature Communications this month.

Venus's atmosphere is composed almost entirely of carbon dioxide. Because of the greenhouse effect, the surface temperature reaches approximately 460 degrees C.. In addition, Venus is entirely covered by the clouds formed by condensed sulfuric acid. These Venus's atmospheric and planetary conditions may reflect a miserable future of the Earth. Human activities are producing huge amount of carbon dioxide and sulfate aerosol. This situation brings scientists to study the Venus climate. In order to understand the Earth's climate and its future, it is important to study Venusian climate and make comparisonwith Earth's climate.

The research team utilized the simulation code originally developed for the Earth atmosphere, and modified it to apply the Venus atmosphere. The code successfully reproduced the temperature distributions in the polar regions, i.e., warmer atmosphere surrounded by cooler atmosphere (Figure 2). This means a plausible theoretical model to reproduce Venusian atmosphere is developed. The model predicts atmospheric flow from the low latitude to the high results in the temperature distribution in the direction of latitude. 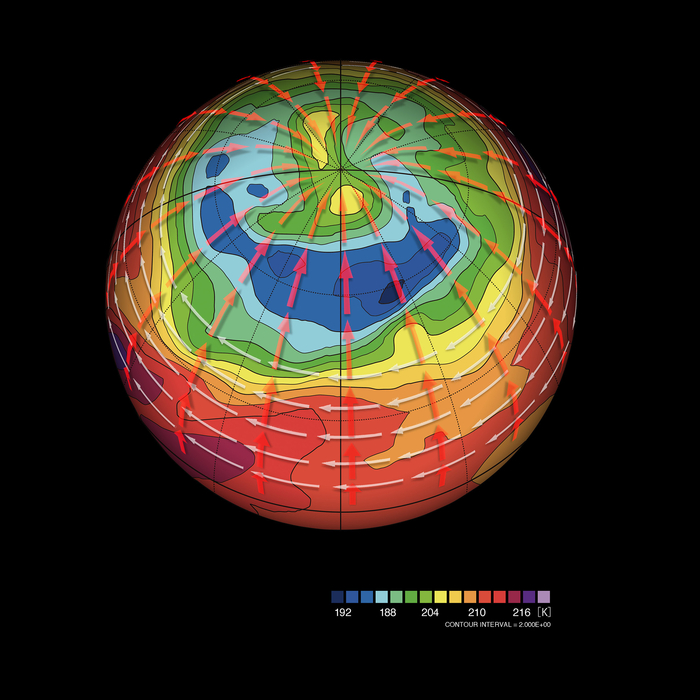 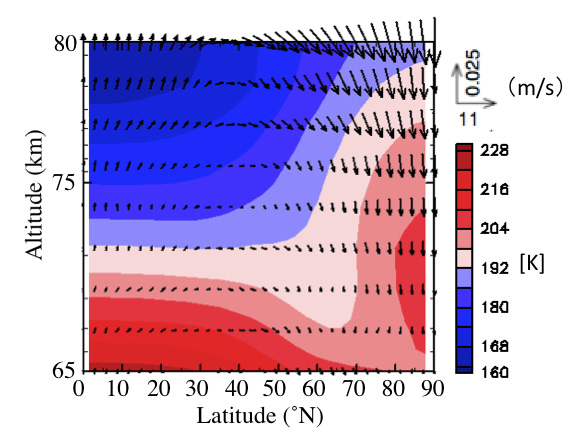 Figure 3: Temperature and velocity of meridional flow predicted by the simulation. 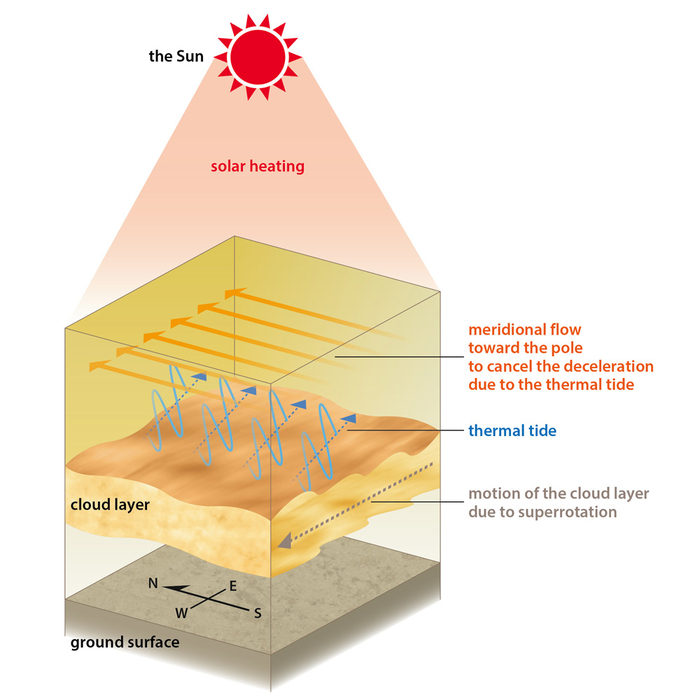 Figure 4: Schematic diagram of thermal tide and meridional flow towards the pole development.

Takeshi Imamura, a co-author of this paper, remarks "if we look at the planetary scale temperature distribution of Venus closely, the temperature near the equator is higher than near the pole. However, the simulation predicts the flow from the equator to the pole. This means something produces the south-north flow."

When the sunlight heats the thick cloud layer of Venus, a planetary scale wave called a thermal tide is excited. The direction of this wave toward the east is opposite to the Venus's rotation and the high-speed winds circle the whole planet (the super-rotation). Strong interaction between the thermal tide and the super-rotation causes the strong flow from the low latitude to the pole.

The simulation predicts that accumulation of flows above the pole turn to be the downward flow. Materials in the flow are compressed and heated, and the pole regions become warm. The process that the atmospheric flows concentrate the polar regions originates from the planetary scale huge wave. The simulation suggests this is why the high temperature areas continuously appear in the polar region.

From this April, the Venus Climate Orbiter "Akatsuki" will commence observations, and data provided by the several mission instruments onboard Akatsuki will greatly help us to understand the real Venus atmosphere, for example the flow in the direction of latitude, its speed and the temperature distribution as well as to confirm the model predictions.