The first light image taken by Akatsuki's IR2 has arrived.

The 2-micron camera IR2 is one of four high-resolution science imagers onboard Akatsuki. It takes a time to take the first image, because the sensor array on IR2 should be cooled down to -200 °C before starting observations.

This photo was taken on December 11, 4 days behind the other three cameras. By considering the super-rotation of the Venus atmosphere, this image should capture almost the same region that observed 4 days before by the other cameras.

The filter bandpass (2-micron) is within a strong absorption band of carbon dioxide, and undulations of clouds appear in 2-micron images as brightness. The IR2 image shows the cloud tops are lower both the South and North Polar Regions, as already known. On the other hand, it reveals, for the first time, striped patterns at low latitude region and meridionary-extended structures. We expect to get clues to unveil the dynamics of cloud layers and atmosphere of Venus by future observations and analysis. 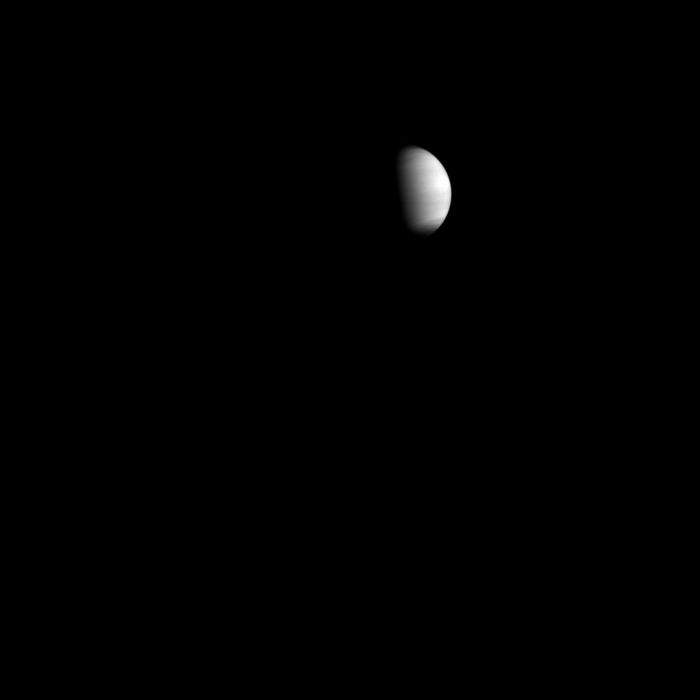 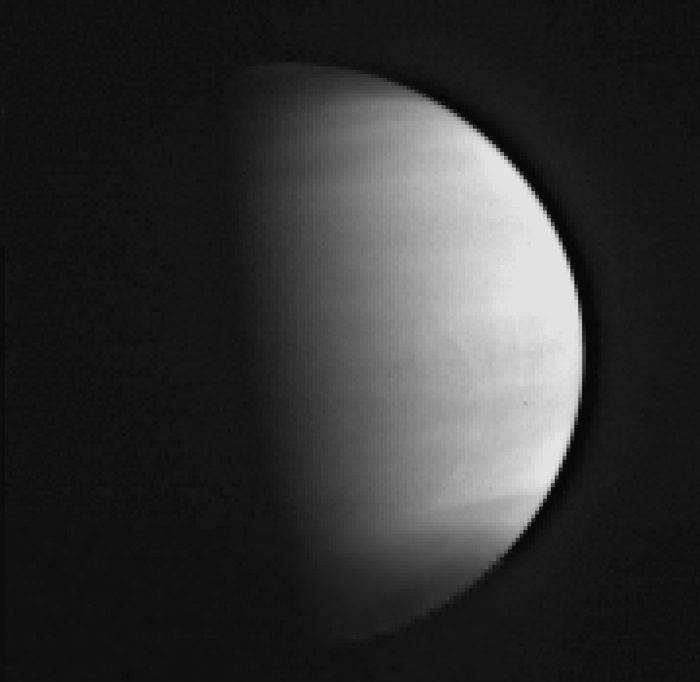