─ Observations have been made of waves traveling through outer space and heating ions, which then create another local wave ─

The region around the Earth is surrounded by a low density environment of ions and electrons. These ions and electrons are known to exist in a variety of states, with low to high energies. However, the origin of this diversity has not previously been known. One important factor is thought to be the interaction between the ions / electrons and radio waves. By applying a new analysis method to the observational data collected by the Arase satellite, we were able to discover a typical example of this; a type of radio wave that exists in outer space known as a magnetosonic wave was observed to heat ions as it travels through space. These heated ions then produce an entirely different radio wave known as an ion wave (electromagnetic ion cyclotron wave). Magnetosonic waves are thought to be produced by high-energy ions. The generated ion wave is also thought to interact with ultra-high energy electrons with relativistic velocities, eliminating some of the electrons in the Van Allen radiation belts that surround the Earth through scattering. Through empirically observing a part of the process in which ions and electrons of different energies and origins exchange energy via radio waves, this discovery is able to explain the diversity in energies of the ion/electron population that exists in space.

While ions and electrons exist in outer space surrounding the Earth and the other planets, their quantity is very sparse and so collisions between the particles rarely occur. Therefore, an ion cannot directly share its energy with other ions or electrons. However, in the space around the Earth (geospace), there are overlapping regions with ions and electrons of different energies. Figure 1 shows a schematics of the "plasmasphere", where low-energy ions and electrons are abundant, the "ring current" that is formed of mainly hot particles with energies of 10 - 100 kiloelectronvolts and the Van Allen "electron radiation belt", where relativistic ultra-high energy particles are captured. Each of these regions dynamically fluctuates such that the quantity of particles in each increases and decreases significantly and the shape of the region changes. A mechanism for energy transport is needed to explain these fluctuations, and one candidate is the flow of energy via radio waves. 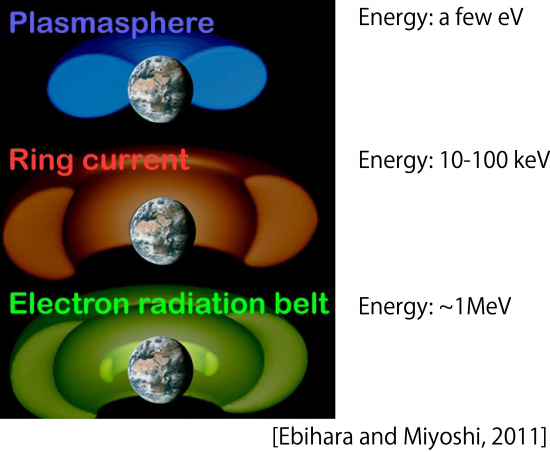 Figure 1: The different regions of ions and electrons that exist in the region of space surrounding the Earth (geospace).（Credit: Ebihara and Miyoshi (2011)）

The goal of the Arase mission is to understand the mechanism behind the generation and disappearance of the ultra-high energy electrons that make up the Van Allen belt through direct observations. In order to follow this process, Arase needed to accurately observe a wide energy range from the low energy particles through to the ultra-high energy particles. The satellite therefore carries observation instruments that are sensitive to different energy ranges. Additionally, Arase is equipped with a large number of radio wave receivers that cover a wide frequency range. Utilizing these abilities of Arase that allows precise observations, we developed a new method for observationally deriving the exchange of energy between ions and radio waves.

The analysis method developed in this research is called "wave-particle interaction analysis" which maps the motion of ions to that of radio waves to calculate the quantity of energy exchanged between ions and waves. For example, positive ions that are momentarily moving in the same direction as a radio wave's electric field will be accelerated, meaning that the ions are receiving energy from the radio wave. Conversely, positive ions moving in the direction opposite to the radio wave's electric field will be decelerated, so energy is passing from the ions to the radio wave, which increases in strength. In reality, the large numbers of ions and electrons means that particles both pass and obtain energy from radio waves. However, any bias in the distribution of the direction of motion of the particles will result in an overall energy flow from radio waves to particles, or vice versa. This is the net energy flow.

We used the data collected every 15.6 milliseconds from the low-energy ion mass spectrometer (LEPi), plasma wave experiment (PWE), and the magnetic field monitor (MGF) onboard Arase. We checked the direction of motion of each observed ion and the corresponding wave electric field (direction and strength), and calculated the energy flow, and then summed over the measured ions. Figure 2 shows the frequency spectrum of radio waves (Fig. 2(A)) and the energy spectrum of the hydrogen ions (Fig. 2(B)) observed at around 17:37 UTC on February 10, 2018. Detailed analysis revealed that the peak near 11 Hz in Figure 2(A) is a radio wave called a magnetosonic wave, and the peak near 2 Hz is a radio wave known as an electromagnetic ion cyclotron wave. From Figure 2(B), it can also be seen that the flux of cold hydrogen ions with energies of about 0.1 kiloelectronvolt increases from 17:37 to 17:38 UTC. 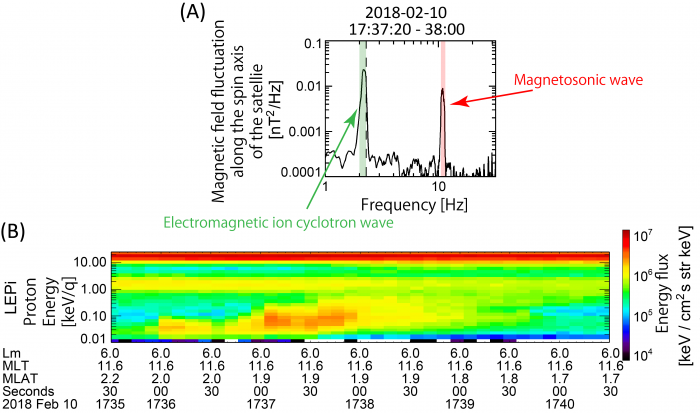 Figure 3: Plot showing the net energy flow between radio waves and ions during the observational events analysed in this study for (a) magnetosonic waves and (b) electromagnetic ion cyclotron waves. The three lines plots on each panel show the calculated value (middle line) and the upper and lower confidence intervals. （Credit: Asamura et al., 2021）

Magnetosonic waves are thought to be generated by high temperature ions with energies of several to tens of kiloelectronvolts. It has also been shown in theoretical studies that that electromagnetic ion cyclotron waves can scatter ultra-high energy electrons and high energy hydrogen ions, which may contribute to the fluctuations in the Van Allen belt and produce a proton aurora, which forms part of the northern and southern lights. This suggests that the energy flow via radio waves depicted visually in Figures 4 and 5 exists. 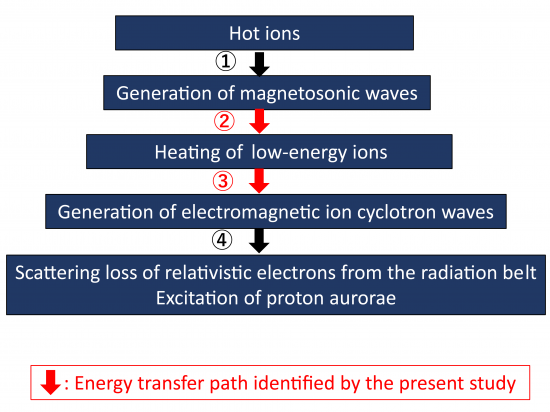 Figure 4: The energy flow revealed in this study. The red arrow indicates the flow of energy that was successfully directly observed.（Credit: ERG science team） 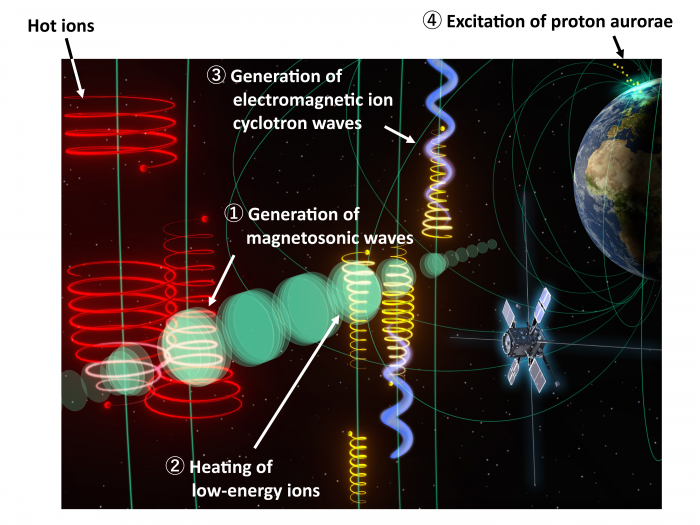 The method of wave-particle interaction analysis used in this research will also been used in the joint international Jupiter exploration mission, JUICE, between Europe, Japan and the US, which is due to be launched in 2022. This technique will help clarify the process by which ions are generating radio waves in the upper atmosphere of the Jupiter system. The method will therefore be able to elucidate the energy transport between the different types of radio waves and ions / electrons that exist in the Universe, as well as the reason as to why ions / electrons can exist with various energies simultaneously.