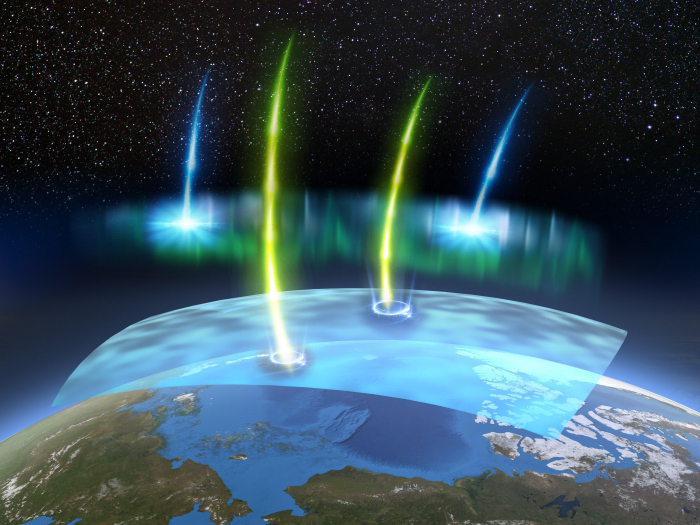 Image caption: Low-energy (blue) and high-energy (yellow) electrons form during the process that generates the pulsating aurora. The high-energy 'relativistic' electrons could cause localized destruction of the ozone. (Credit: PsA project)

Wisps of pulsating aurora lights are a rare, yet magical sight. Now, scientists suggest they could be associated with destruction of part of the ozone.

Computer simulations explain how electrons with wide-ranging energies rain into Earth's upper and middle atmosphere during a phenomenon known as the pulsating aurora. The findings, published in the journal Geophysical Research Letters, suggest that the higher-energy electrons resulting from this process could cause destruction of the part of the ozone in the mesosphere, about 60 kilometres above Earth's surface. The study was a collaboration between scientists in Japan, including at Japan Aerospace Exploration Agency, and colleagues in the US, including from NASA.

Please see the Press Release of JAXA for details.