A research team lead by JAXA's Toru Matsumoto analyzed the surfaces of regolith grains taken from Asteroid 25143 Itokawa. The team used X-ray computed tomography (CT) and scanning electron microscopy (SEM) to observe nanometer-sized surface patterns that help to reveal the four-billion-year history of the asteroid. Only one type of pattern was expected, but the team found at least four, including patterns originating from Itokawa's parent object.

Itokawa has not always had its current form. About four billion years ago, it originated as an object 40 times larger than it is today, but that this parent object was destroyed and the resulting fragments reassembled to form a smaller object--today's Itokawa. Some of the particles analyzed in this research have patterns that formed in Itokawa's parent object.

Researchers previously expected only one type of surface pattern, so early surface analyses of returned samples were less detailed. This research clearly shows that surface analysis is a powerful tool for deriving information from precious astromaterials without damaging them. The analysis method presented here will be indispensable for future sample-return missions.

This research was first presented in Geochimica et Cosmochimica Acta. 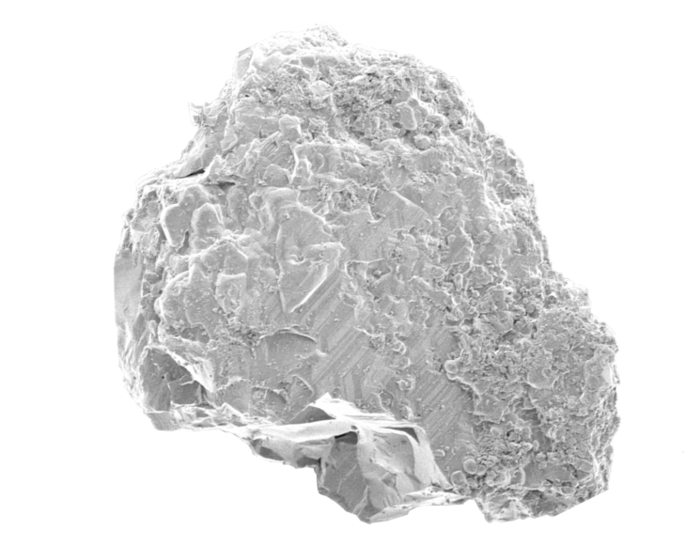 The team used X-ray CT and SEM to observe 26 microparticles of regolith taken from Itokawa. Hisayoshi Yurimoto, a member of the research team and head of the Astromaterials Science Research Group at ISAS, says, "Generally speaking, one team is allotted only one or two particles for analysis. But our analysis method doesn't damage the samples, so we could ask other teams to let us analyze their samples before they began their own studies. n this way, we could obtain data on 26 microparticles in total."

Matsumoto explains, "The samples are 10-100 micrometers in diameter, so we began our studies by gluing each particle to the end of a fiber with a diameter of 5 micrometers." Before the surface investigation, the sample's 3D microstructure was observed using X-ray CT. SEM observations were then conducted to investigate fine patterns on the sample surface at micrometer to nanometer scales. For comparison, the team observed the surface of ordinary LL5 chondrite that corresponds to Itokawa's mineral species. 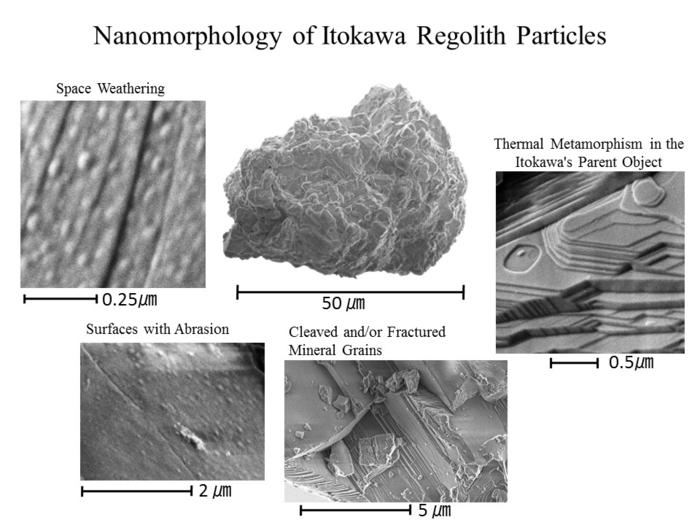 "In prior our previous studies, we generally assumed that there was only one type of surface morphology, but we discovered several types. I was particularly excited when I found a pattern characterized by concentric steps with convex structures," Matsumoto said. "In the end, we categorized the surface patterns into four types."

Concentric steps with convex or occasionally concave structures form when gases containing other substances permeate cracks in stones and then crystalize at high temperatures. Such patterns indicate that an object (or a part of the object) experienced high temperatures in excess of 500 °C. 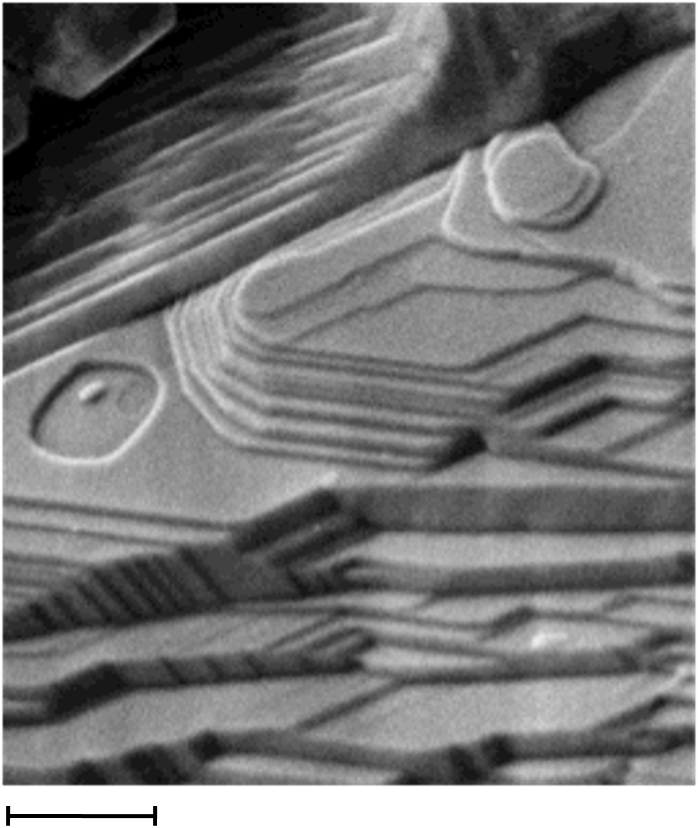 An object of Itokawa's size cannot reach temperatures high enough for thermal annealing. The surface loses heat to space much more efficiently than it gains heat from below, even if the interior is hot. Previous studies reported evidence of a so-called Itokawa parent object, which researchers now believe was 40 times larger than Itokawa today. This object was destroyed, and present-day Itokawa was formed from its fragments.

The results of surface observation of Itokawa's regolith grains are consistent with the idea that the Itokawa parent object contains minerals formed by thermal metamorphism or by heating due to impacts with other objects. Thus, the surfaces of returned samples from Itokawa preserve the history of its parent object dating back more than four billion years ago.

Matsumoto continues, "The evolution of Itokawa's surface was also carved into the samples, in the form of patterns resulting from solar wind weathering and grain abrasion. These patterns show us their history from one thousand to one million years ago."

Space weathering creates blisters on regolith grain surfaces. Long-term exposure to solar wind partially destroys the crystal structure of the surface layer, giving it an amorphous structure. Hydrogen and helium ions in the solar wind enter the surface layer, forming bubble structures in the amorphous parts. When these bubbles expand to the surface, they are observed as blisters. Blisters are thus evidence that the regolith grains underwent space weathering (see Figure 4).

When a regolith grain moves across the surface of Itokawa, other side of the grain is sputtered by solar wind. The team also found evidence of this. Blisters were not uniformly distributed on regolith grain surfaces.

Earthquakes, wind, and rain move rocks and stones on Earth's surface, but these processes do not exist on Itokawa. When Itokawa passes near a planet, however, surface grains move due to its gravitational pull. Changes in Itokawa's rotational speed and electrostatic levitation also cause movement of the surface regolith. When an object hits the surface, grains fracture and expose new surfaces. This produces "young" surfaces that do appear weathered. 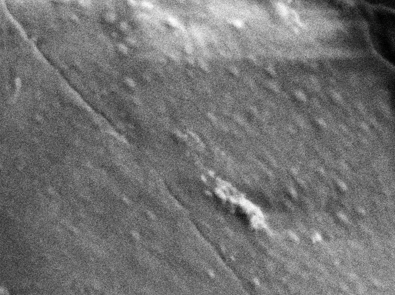 The observed non-uniform distribution of blisters suggests a history of repeated weathering and rejuvenation. 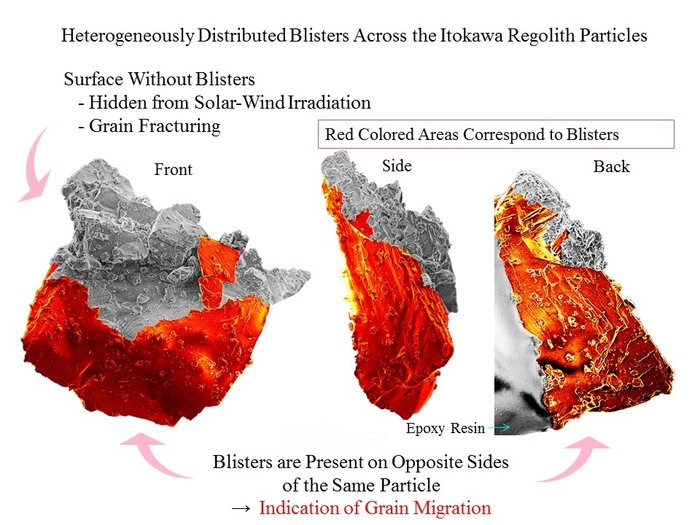 "The greatest advantage of our analysis method is that it does not harm precious astromaterials," Yurimoto notes. "Yet, it allows us to investigate the evolution of objects from a few billion to one thousand years ago. When SEM and CT analyses are conducted prior to destructive analyses, the shared results can be useful for studies using other techniques."

Matsumoto says, "Our technique can be applied to future sample return missions. I have a keen interest in understanding the evolution of the solar system and the process of planet formation by inspecting nanometer-sized patterns carved into the surface of astromaterials."