Actually, the ozone concentration in the atmosphere is determined by various factors. Among these factors, this study focused on the effect of solar radiation intensity on atmospheric ozone during a solar eclipse. The research team is also studying other factors that determine the ozone concentration in the atmosphere; the ongoing analysis of the SMILES data continues to elucidate the quantitative understanding of production and destruction of ozone in the atmosphere. We expect to predict more accurately the recovery time of the depleted quantity of atmospheric ozone based on high-quality data by SMILES.

The ozone hole can be described as a large wound in the Earth's atmosphere. The ozone in the atmosphere absorbs harmful ultraviolet rays from the Sun. When the ozone concentration decreases, ultraviolet rays from the Sun can reach the ground surface, negatively affecting living organisms on the ground. In 1982, Shigeru Chu-hashi and his colleagues found the extreme decrease in total ozone over the South Pole. In 1985, Joseph Farman and others demonstrated a rapid decreasing trend in total ozone. These reports had a significant impact around the world. In order to stop the ozone loss in the atmosphere, efforts were made globally to control emissions of Freon and other chlorofluorocarbons, which cause ozone destruction. Thanks to such efforts, ozone loss appears to have stopped.

Various universities and research organizations have predicted ozone recovery time using the chemical climate model(*1). However, the results show significant variation. This is partially because the mechanism of ozone production and destruction in the atmosphere is still not clearly understood.

(*1) Chemical climate model: A type of numerical model that calculates the distribution and fluctuation of chemical substances present in the atmosphere. 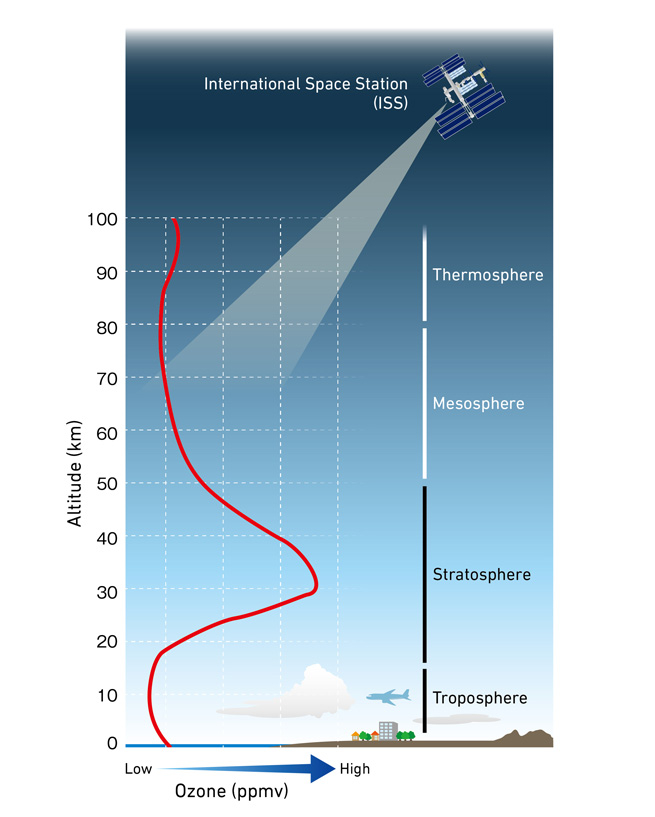 To understand changes in the ozone concentration and its environmental dependency (altitude, temperature, amount of sunlight, concentration of associated molecules, etc.), detailed fundamental data must be gathered. Therefore, the SMILES installed on the ISS is equipped with a high-sensitivity receiver that makes full use of state-of-the-art superconducting technology, and ozone and destructive substances were observed for about six months starting in October 2009. 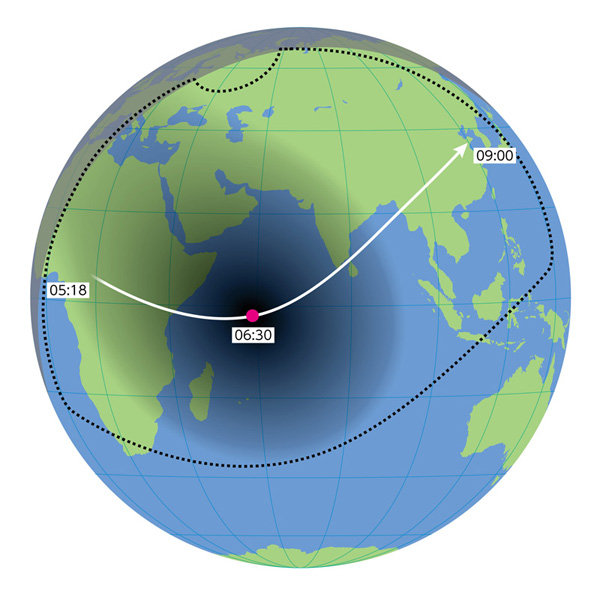 A solar eclipse occurred on January 15, 2010, during a SMILES observation period (Figure 2). An annular solar eclipse(*2) was observed from equatorial Africa to eastern Asia. While many people around the world basked in the celestial show of the century, SMILES coincidentally observed the areas where the Moon temporarily blocked sunlight (Figure 3).

This extremely rare opportunity not only answered a simple question (how much does the amount of ozone change during a solar eclipse?) but also provided new knowledge on an issue that is not fully understood: What are the factors that determine the amount of ozone in the high-altitude area called the mesosphere?

"A solar eclipse is a perfect opportunity to examine how ozone changes when only the brightness of the Sun changes. Opportunities like this do not come around very often. The fact that we were able to obtain high-precision data with SMILES was a miracle," said Dr. Imai. He continued, "This is an interdisciplinary research that combines the knowledge of atmospheric science and astronomy. I was able to reach this breakthrough thanks to top-class collaborators from around the world." 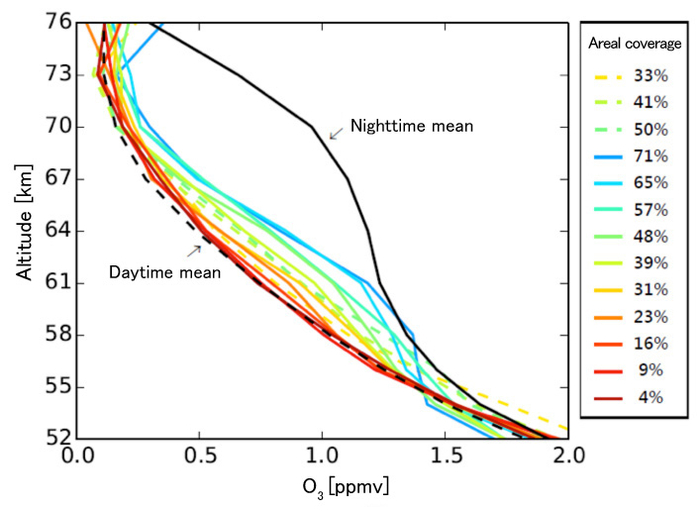 Figure 4: Altitudinal distribution of ozone in the mesosphere observed by SMILES. © JAXA
The black dashed and solid lines are the mean mixing ratio of ozone during the daytime and night time, respectively. The other lines are the observed values during the solar eclipse, which are color-coded by the % areal coverage of the Sun.

Sunlight is an important factor that determines the amount of ozone in the atmosphere. As shown in Figure 4, the altitudinal distribution of the mixing ratio of ozone differs during day and night. Observational data during the solar eclipse captured by SMILES indicated that ozone-mixing ratio in the mesosphere approached nighttime values as altitudes became lower. This is because at lower altitudes, reaction rate is faster, and the main chemical reaction is different. This paper discusses the contrast between the observational results and conventional theoretical predictions.

The research team continues to study trace gasses other than the ozone captured by SMILES during the solar eclipse. The SMILES project leader, Professor Masato Shiotani of the Research Institute for Sustainable Humanosphere, Kyoto University, has stated that "through analyzing data from unprecedented high-precision observation by SMILES, mechanisms of ozone production and destruction will be elucidated."