Monitor of All-sky X-ray Image (MAXI) has been installed on outside of the Japanese Experiment Module "Kibo" of the International Space Station (ISS) and in the vacuum of space. MAXI, the Japanese device proposed by RIKEN, was attached by astronaut Koichi Wakata in 2009. Since then, it has watched the X-ray universe every 92 minutes. X-ray universe fluctuates intensely. X-ray nova (such as neutron star or black hole binary stars) suddenly appears and X-ray star irregularly brightens and dims, which is described in detail in February 2011 Issue. MAXI records the intensity variation, the result of the gas slit camera (GSC) is open to public on the website of MAXI (http://maxi.riken.jp/) every four hours. MAXI has been working as the only all-sky monitor in the X-ray band all over the world since X-ray all-sky monitor (ASM) of RXTE satellite, which had worked as the all-sky X-ray monitor, stopped operation in the end of 2011.

When it's in real-time connection, the data arrives at RIKEN in about 10 seconds over Tracking and Data Relay Satellite (TDRSS)-NASA- The Tsukuba Space Center. At the MAXI room of Tsukuba, nova finding program "Nova search" monitors the appearance of nova at all times and reports about it automatically if it is a sure event.
The appearance of nova with a low accuracy is once emailed to a mobile phone of the scientist on duty, after checking, he posts it on international Astronomical Telegrams (ATel) or The Gamma-ray Coordinates Network (GCN) when it is a real. About 177 to ATel and 65 to GCN have been reported promptly for five years. During this period, MAXI found15 new celestial bodies including six black hole binary stars. Received the news that MAXI discovered novas, astronomers around the world have observed them with telescopes such as for visible light or for X-ray and have clarified their identity.

Figure1 is the X-ray all-sky image that MAXI has obtained for 4.1 years. Low-energy images of Solid-state Slit Camera(SSC) are represented in red, and Cygnus Loop (Veil Nebula) and Vela supernova remnant (Vela SNR) are noticeable as spread red circles. North Polar Spur also extends from the center to the upper side with pale red. In the March issue of 2013, we announced that it can be considered that Cygnus Superbubble, large structure which is 11-degrees radius of Cygnus, is a trace of an explosion which a single hypernova has caused about 300 million years ago.

We detected 500 X-ray celestial bodies, which is more significance than 7σ(its intensity is more than about 0.6mCrab) from the sky of high galactic latitude (|b|> 10 degrees) and announced them as the second edition of the MAXI catalog. This is the no-bias all-sky catalog in 2~10keV band since the 1980sEHEAO-I satellite and the highest sensitivity ever. Although the total number of the detected active galactic nucleus (AGN) was almost the same, about half of individual AGN had swapped because of the intensity change. So to speak, it became "21st century's catalog of X-ray celestial body". 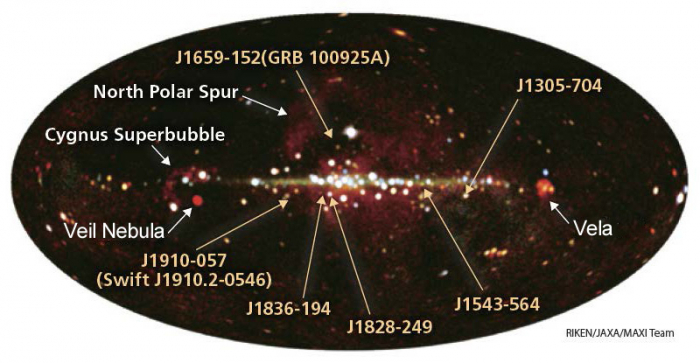 Figure 1. The X-ray all-sky image taken by MAXI (galactic coordinates)
The data of 4.1year was used for this image. The brightness represents the intensity of X-rays, and the color represents the energy of X-rays. Red is an X-ray of low energy (0.7~4keV), green is an X-ray of intermediate (4~8keV), and blue is an X-ray of high-energy (8~16keV). We can understand that X-ray stars contain not only yellow and blue stars but also red stars which are greatly expands. Numbers J represent black holes MAXI has found. The numbers represent the right ascension and declination.
"MAXI" precedes them as the astronomical name.

The discovery of the black hole

12 black holes have been discovered in the world since 2009, and MAXI has discovered six of them and it's the world's most. The half of the six had conventional light curves which quickly appeared in a few days and exponentially attenuated in about 100 days, they also appeared during Ginga era, and they were studied in detail investigation. The other black holes reached their peak brightness in the early phase and were discovered by MAXI for the first time (March 2010 issue).
Although reaching the peak brightness is a common phenomenon for the accretion of Roche lobe overflow, it's unclear whether it is related to the instability of the accretion disk the X-ray outburst. In addition, the many of those found by MAXI look dark.
Estimating the distance based on the brightness when the accretion disk is shifted in the spectrum state, we found out that MAXI detected also those emerged in the spiral arm on the other side beyond the center of the Galaxy (Figure 2). MAXI can observe more than the half of our galaxy. 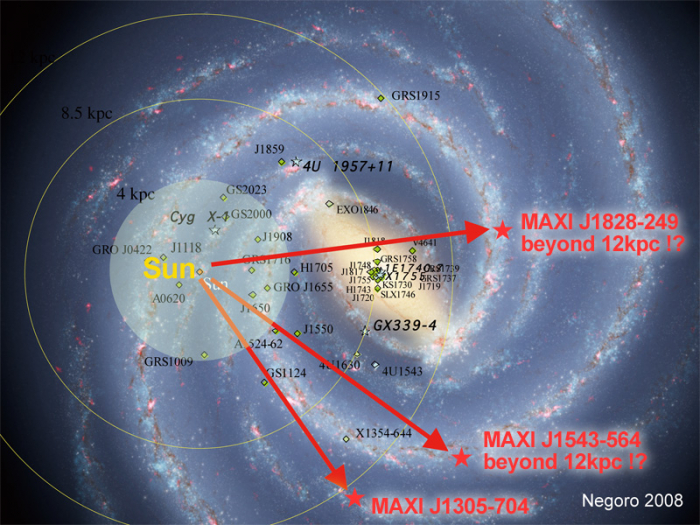 Figure 2. The location of the black holes that MAXI has discovered
We can see that MAXI observes to the spiral arm on the other side beyond the galactic center.

On November 11, 2011, MAXI found the soft X-ray transient object "MAXI J0158-744E on the eastern edge of the Small Magellanic Cloud (Fig. 3 left). This celestial object is automatically discovered by Novasearch, and that was automatically reported all over the world in just 47 seconds after it occurred. Since this celestial object is "red and brightE we can see that X-rays is 4 keV or less and that it sparkles as bright as Crab Nebula. This is a big problem. Since the Small Magellanic Cloud is present at the location which is 30 times more distant than Crab Nebula, it is 900 times brighter than Crab Nebula in fact. It was more than 100 of than the Eddington limit of a solar mass. This X-ray was the soft-X-ray flash of the "fireball phase" immediately after the nova explosion ,which it was the first time to catch in astronomical history.

Soft X-ray radiation, which is in the period of a super soft X-ray source (SSS) and appears at the termination period after nova explosion, was observed by Swift satellite (Fig. 3 right). This was earlier than predictions of the theoretical model, and it meant the mass of white dwarf is close to the theoretical maximum mass "Chandrasekhar limit (1.4 times the solar mass)". In the second scan in 1300 seconds by SSC, strong bright line of neon was detected in the energy spectrum. The neon atom was highly ionized and leaving only two electrons. In the first place, it is rare that an element bright line is observed in the spectrum of transient object. This white dwarf was made of O-Ne-Mg, so-called "heavyweight", it seems that neon on the white dwarf was blown off due to the explosion. In order to explain the strong neon bright lines which is contrary to common sense, a new theoretical model has been proposed.

Figure 3. Image (left) and light curve (right) at the time when MAXI J0158-744 was discovered
It was discovered by one scan which the gas slit camera (GSC) had taken, and after that, it was observed twice by the scan which the X-ray CCD slit-scan camera (SSC) in about 200 seconds and about 1300 seconds. Soft X-ray radiation, which is in the period of a super soft X-ray source (SSS), was observed by Swift satellite in about 12 hours.The soft X-ray radiation was continued for about a month.

New phenomenon that we haven't even thought of

Unlike the star shining by visible light, many of the celestial bodies that emit X-rays vary greatly, appear and disappear suddenly. There are still many mysteries about the causes of radiation mechanism and the variation of these X-ray sources. In addition to the soft X-ray flash, the new phenomena, which we have not even thought of, was observed.

One of those was a tidal destruction phenomenon of a star to massive black hole in the center of the galaxy. A strong X-ray was suddenly radiated from the galaxy which lay approximately 7500 light-years from Earth and had been quiet until then, and that had followed a few days violently. We comprehensively analyzed continuous MAXI observation before brightening and detailed Swift observation after brightening, and we found out that it was the moment that a star was destroyed by the huge black hole in the center of the galaxy (October 2011 issue). This outcome was mentioned as one of the first-rate outcomes ISS accomplished.

The other was Super X-ray burst in the Low Mass X-ray Binary (LMXB.) The X-ray burst which conventionally continues for about 100 seconds is a fusion explosion that a lodgment causes on neutron stars. In contrast, the super burst continues for several hours and releases centuple energy. It isn't clear about the reason why there are 2 kinds and about what is burning and where it's burning. 8 examples out of 25 in recorded history were observed with MAXI because it matched the time scale of MAXI observation. There was also one which was observed more than once from the same celestial body, and it offers basic data such as repeating period and accreting mass.

MAXI finds the new property how X-ray source fluctuates, which we cannot find out without long observation, as well as a new celestial body and a change of spectral states. Figure 4 indicates the giant outbursts, which Be/X-ray binary (BeXRB) pulsar, A0535+26, caused 4 times succeedingly, arranged in order by the binary orbital period of 111.1 days. We can see that giant outburst occurs by the cycle of 115 days and the orbit phase is shifting to the back gradually. Small brightening (precursor) was also observed by high-sensitivity MAXI, and we found out that it causes by the cycle of 115 days as well. We understood that a node with a pulsar orbit was slipping gradually by Be/Circumstellar disk's precession by 8 year cycle. Depending on X-ray outburst, a strength and a profile of the Hα line are changing, and we elucidate the state of the Be/Circumstellar disk from both sides of an X ray and visible light. 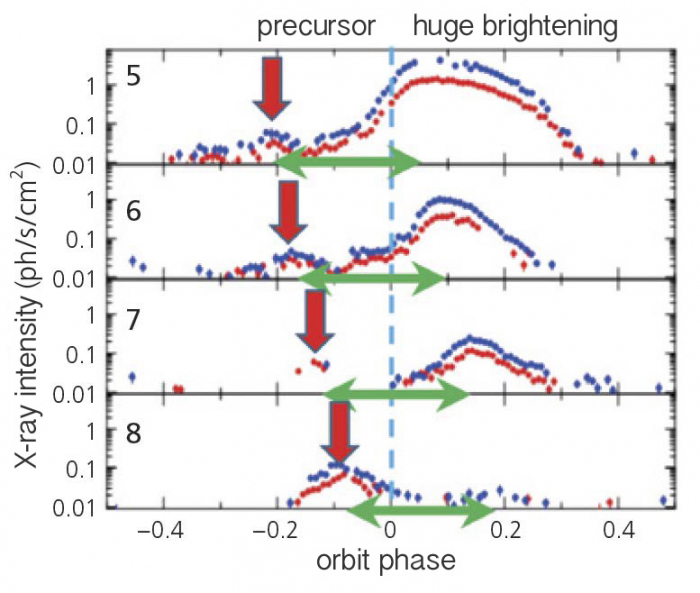 Figure 4. The Light curves of giant outbursts, which Be/X-ray binary (BeXRB) pulsar "A0535+26Ecaused
It arranged the state of giant outburst caused 4 times succeedingly in order by the binary orbital period of 111.1 days.

Huge flare from a star is one of the unexpected results by an observation of MAXI. Huge flare, which is a million times stronger than that of the sun, was found in the binary star system with the short binary period like RSCVn. We also found huge flare, which is ten thousand times bigger than the sun, in single stars (dMe type stars) which rotate rapidly. These are a thousand times brighter than super flare of G-type star which was recently in the news. The size of the radiation region exceeded that of the star, but the magnetic field was about 50 gausses, which was as much as solar flare (figure 5). It suggests that flare has caused at binary star system and dMe-type star by a same basic mechanism as the sun. 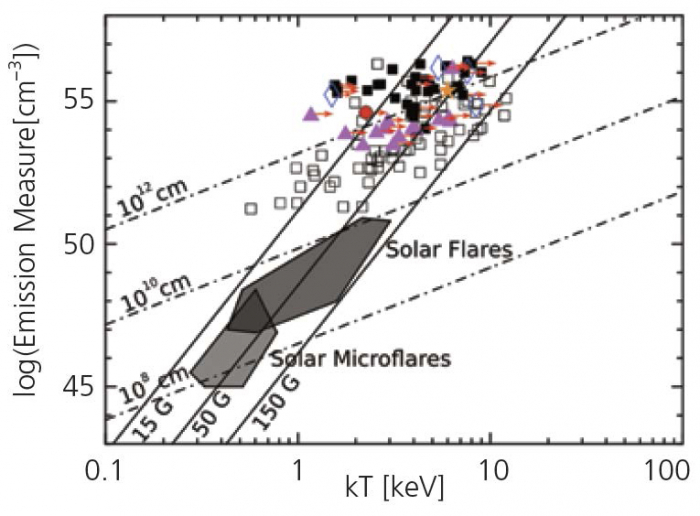 By evaluation of outcomes above-mentioned, the paper of MAXI instrumentation won a prize at Publications of the Astronomical Society of Japan (May 2014 issue). Multiwavelength observations of the variable celestial body, such as a supernova and active galactic nucleus, increases the importance, and the role of MAXI, which responsible for the monitoring of the X-ray band, is accordingly prominent. The examination of MAXI, extended until March 2018, is currently performed. Support letters were received from 20 people of 12 countries, MAXI users around the world. In addition to the Swift and "Suzaku" satellite, cooperative observations, which will be performed with ASTRO-H, CALET / GBM, NICER, neutrino telescope, gravitational wave telescope, are planned in the future. As long as the operation of the ISS continues, we want to contribute as an X-ray all-sky monitor of the world even after 2020.