The Forefront of Space ScienceGravitational Waves and the Institute of Space and Astronautical ScienceSeiji Kawamura, Institute for Cosmic Ray Research, University of Tokyo

The Birth of TENKO-10

In April of 1983, I entered the University of Tokyo Graduate School and studied under Prof. Nobuki Kawashima at ISAS. Prof. Kawashima was doing research on cosmic plasma at the time and was starting to explore a new research field. He discussed some possibilities with me and Junichi Hirao (currently professor at Daito Bunka University), who was one year ahead of me in school. Prof. Kawashima made the decision that we should try a gravitational wave detection experiment using a laser interferometer, which had never been tried in Japan at that time. In this experiment, two mirrors are suspended at separate places and a change in distance between the two mirrors due to gravitational waves is measured using a laser. Looking back from now, I must say that this decision was quite insightful. Sure enough, the laser interferometer gravitational wave detector took over from the era of the resonance-type detectors, which had been the mainstream of gravitational wave detectors.

TENKO-10 (See Figure 1) with an arm length of 10 m was a prototype gravitational wave detector constructed for the first time in Japan around 1987 after development of the technology using a tabletop experiment. At the time, ISAS was transferring from Komaba to Sagamihara and TENKO-10 was constructed in the plasma laboratory on the third floor of building D on the Sagamihara Campus at the initial stage of the transfer. In the same laboratory, there was a railgun, which Dr. Masahisa Yanagisawa (currently, professor at the University of Electro-Communications) was in charge of, and a free electron laser, which Prof. Hirofumi Saito (currently, a professor at ISAS) was in charge of. When the railgun took a shot or the free electron laser was being operated, an alarm would go off and everyone who was in the laboratory, including Dr. Akira Yamori (who used to be a technical officer at ISAS) had to be evacuated from the laboratory to the office next to the lab. 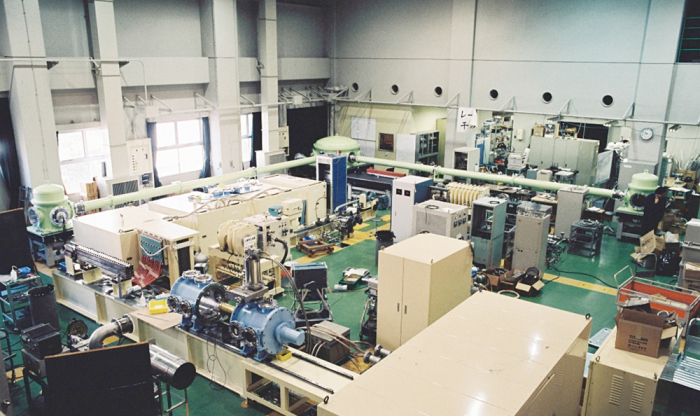 Figure 1.  TENKO-10, a prototype laser interferometric gravitational wave detector with an arm length of 10 m that was constructed in the plasma laboratory on the third floor of building D on the Sagamihara Campus.

Prof. Kawashima invited Dr. Roland Schilling (unfortunately, he passed away in 2015), who was the main researcher for the 30 m prototype (with the best sensitivity in the world at the time) at Max-Planck Institute in Germany, twice: the first time when we were at Komaba and the second time after we moved to Sagamihara. In Sagamihara, we conducted commissioning of TENKO-10 together and I learned all the necessary skills for understanding the interferometer from Dr. Schilling such as optics, control, and electronic circuits.

After finishing research with TENKO-10 and obtaining my Ph.D, I transferred to the California Institute of Technology (Caltech) as a postdoc. At the same time Prof. Kawashima started the construction of an even bigger device. This was a prototype gravitational wave detector with an arm length of 100 m, TENKO-100, which was the largest in the world at the time (See Figure 2). The center of TENKO-100 was located on the east corner of the Sagamihara Campus, and each arm was extended to the northeast and the southwest for 100 m. In 1992, I came back to Japan to help with the installation of TENKO-100 for one year. We started the installation of TENKO-100 with Shinji Miyoki (currently, associate professor at ICRR) who was a graduate student then, and Dr. Ryutaro Takahashi (currently, assistant professor at National Astronomical Observatory of Japan (NAOJ)). Currently both of them play an important role in KAGRA. We worked very hard and I hoped to accomplish the operation of the interferometer while I was at ISAS but we could not make it. Finally I tore myself back to Caltech, and a few days later I heard form Miyoki-kun that "It worked!". 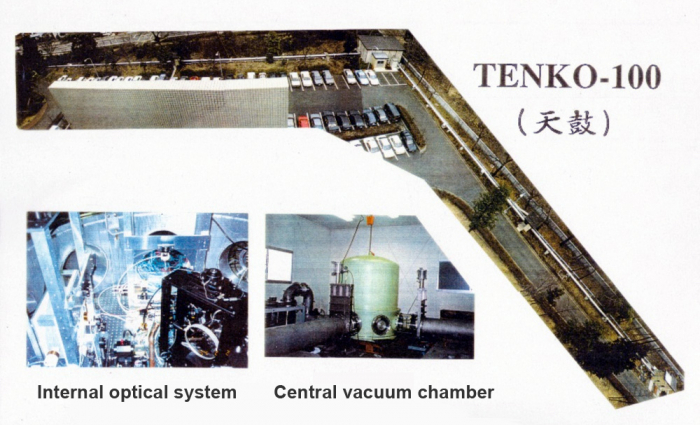 Figure 2.  TENKO-100, a prototype of the laser interferometer with the arm length of 100 m, constructed on the Sagamihara Campus. （Provided by Prof. Nobuki Kawashima）

Furthermore, Prof. Kawashima was energetic about working on the gravitational wave field, such as submitting the construction of TENKO-3000 to the Advisory Committee for Space Science. It should be also noted that ISAS conducted pulsar timing with the 64 m radio-wave telescope in Usuda and the observation experiment for the gravitational wave detection with Doppler tracking.

In 1997 I transferred to the NAOJ from Caltech, and joined the TAMA 300 project with an arm length of 300 m, which was being constructed on the campus of the NAOJ. As a result of the efforts of everyone in the gravitational wave group in Japan, we finally reached the highest sensitivity in the world in 2000 and had the longest-term observation that was over 1000 hours in 2001.

Around that time, I started to study space-based gravitational wave antenna as a future plan. I asked Prof. Takashi Nakamura (professor at Kyoto University until the March of 2016) if he knew of any interesting physics between the frequency range (1mHz to 100mHz) which LISA (a space gravitational wave antenna planned by ESA and NASA at the time) intended to observe, and the frequency range (30Hz～3kHz) intended for observation by the ground-based detectors. Dr. Naoki Seto (currently, assistant professor at Kyoto University) came up with a great idea that we can directly measure the acceleration of the expansion of the universe by precisely measuring the wave from of gravitational waves around 0.1Hz to 1Hz from a neutron star binary located far away. Then three of us wrote a paper about this and named the space gravitational wave antenna DECIGO (See Figure 3) in our paper. 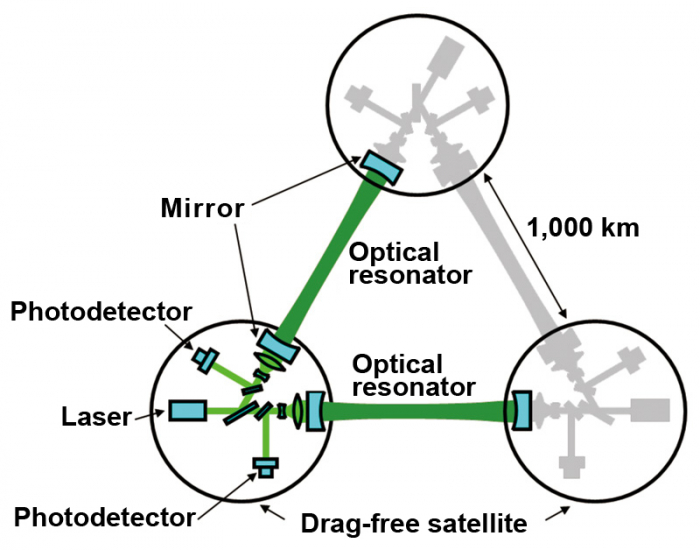 Figure 3. Space gravitational wave antenna, DECIGO. An optical resonator laser interferometer is implemented between the mirrors inside the drag-free satellites that are 1,000 km apart.

Also, With B-DECIGO (The name was changed from pre-DECIGO to B-DECIGO recently), which is an outpost satellite of DECIGO, we can expect to reveal the formation mechanism of black holes with 30 solar mass by detecting gravitational waves coming from many black hole binaries with various masses. Incidentally it should be noted that as the first step toward the realization of DECIGO, the ultra-small gravitational wave detector, SWIMmn, which was led by Prof. Ando, was already launched in 2009 and operated successfully.

When I was at the NAOJ, we were developing advanced technologies necessary for DECIGO as well as ground-based third-generation detectors. At that time, unfortunately we lost the laboratory because of the renovation of the research building and we were at a loss of what to do. At that time, Prof. Saku Tsuneta (Current director of ISAS), who was the director of the NAOJ Advanced Technology Center, was the one who rescued us. Prof. Tsuneta saw our experiments and found them very interesting, so he let us use a huge laboratory in the Advanced Technology Center. Because of this, we were able to make wonderful achievements such as publishing seven papers in "Physical Review Letters".

In 2010, the budget for KAGRA (See Figure 4) was finally approved and I transferred to the Institute for Cosmic Ray Research, the University of Tokyo in order to focus on KAGRA. KAGRA is a gravitational wave detector constructed underground in Kamioka with an arm length of 3 km. In KAGRA, cryogenic sapphire mirrors are used in order to reduce the thermal noise of the mirrors. We have already finished the initial stage of KAGRA with a test run and we have started the construction of the final stage of KAGRA. We are aiming to operate the cryogenic Michelson interferometer by March 2018. 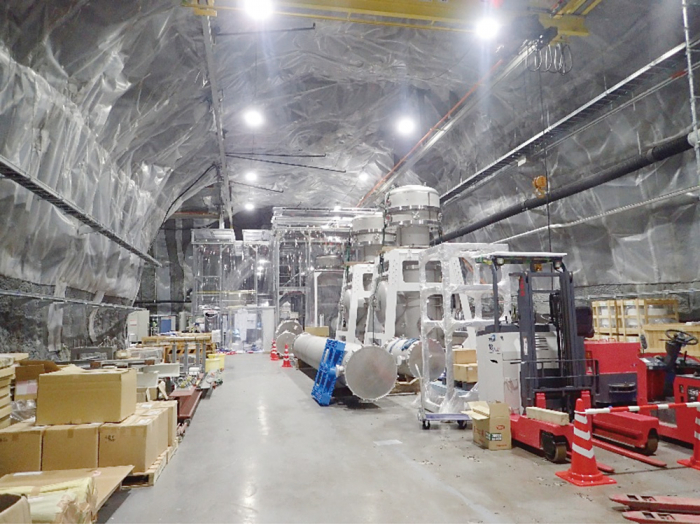 In the future, it is necessary to complete KAGRA as soon as possible, in order to join the network of the gravitational wave observation to further develop gravitational wave astronomy. Then, we will launch B-DECIGO to clarify the mechanism of the formation of black hole binary stars (Nobel Prize class research!). Finally we will launch DECIGO and make amazing achievements as I mentioned above (I wonder how many Nobel Prizes would be given). Then I would like to sit down, relax, and listen to the sound of the birth of the universe.