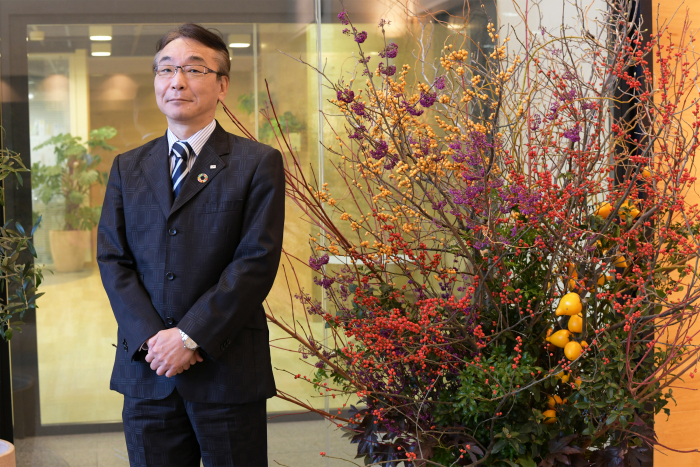 Kuninaka Hitoshi, Director General of the Institute of Space and Astronautical Science has received the "Medal with Purple Ribbon" honour award in the autumn of 2021 (Reiwa 3). The Medal with Purple Ribbon is an honour conferred by the Government of Japan to recognise individuals who have contributed to academic and artistic developments, improvements and accomplishments. Professor Kuninaka comments below on how he felt upon learning he had received this award.

I am honoured and deeply grateful to receive the Medal with Purple Ribbon for achievements and discoveries in the field of science and technology. This award recognises the research and development of the microwave discharge ion engines that were used in the asteroid sample return missions, Hayabusa and Hayabusa2.

As a graduate student, I jumped at the opportunity to work in the research field of electric rockets, which was still in its infancy at the time. Under the guidance of Professor Kuriki Kyoichi, I learned the basic of research and the PDCA (plan-do-check-act) for space development.

Our goal was not to copy existing Western technology, but rather to develop original technology from scratch without using a sample as a base, and to realise the result in the shortest time by focusing on the forest and not tiny details of the trees. I am sure this was the best policy to follow. I am delighted that the microwave discharge ion engine has helped to promote space science.

Although my role has taken me away from research and development, this honour has encouraged me to devote myself to the management of an organisation that will further the development of space science.