The Forefront of Space ScienceThe Night Sky Is Bright!? - About the Mysteries of the Near-infrared Background RadiationYoshiyuki Inoue, JAXA International Top Young Fellow

The Key to Deciphering the History of Universe: Cosmic Background Radiation

As we all know, the night sky is dark. However, the astronomer Olbers in the 19th century had questions on this fact. Why is the night sky dark? If the universe is infinite and static, we must see stellar surface everywhere in the sky, so the night sky should be completely bright like the surface of the sun. This is the well-known "Olbers' paradox". As you know, this paradox is solved, since the universe is finite.

The Cosmic Microwave Background Radiation, which is one of the traces of the Big Bang, is especially famous (For details, please check the article by Dr. Tomotake Matsumura in the ISAS News August 2015 Issue (No.413)). However, the universe is filled not only with the microwaves, but also with radio waves, infrared lights, visible lights, X-rays and gamma rays. If we can reveal the origin of the Cosmic Background Radiation, we will be able to understand the entire history of the universe. For example, we can look back at the history of the stars and the galaxies, which are the basic components of the universe, from the visible and infrared lights, as well as the formation history of black holes from the X-rays.

In the ISAS News February 2005 Issue (No.287), Prof. Toshio Matsumoto (professor emeritus of JAXA, now works at the Academia Sinica, Taiwan) wrote an article called "The Night Sky is Bright!? - Exploring the First Light in the Universe -". In this article, focusing on the near infrared (0.75~1.4μm) near the visible lights which we can see every day, we will introduce the progress and discussions, together with our researches, on the Cosmic Near-infrared Background during the 10 years after Prof. Matsumoto's article. You will be interested in the progress of science if you read this article together with Prof. Matsumoto's article. (*1)

Signs of the First Stars Were Found with Direct Observations?

Figure 1 shows the latest results of the observations of the cosmic near-infrared background radiations. The content of this article is all summarized in this figure. Obviously, in the near infrared area, the observation data points are scattered. This is why the infrared background radiation is a big problem in astronomy. In fact, the data can be divided into two classes. The unfilled points are the results of directly observing the background radiations while the filled points stand for results integrating the lights from each galaxy, which is the basis element of the universe. We also show the theoretical expectation of the background radiations from the galaxies with a black solid line according to a model of the formation of galaxies. We can say that the galaxy observation results are almost consistent with the theoretical model and we have almost revealed the contributions from the galaxies. On the other hand, the lights we observed directly are several times brighter than those from the galaxies. This indicates that there are missing near-infrared light sources in the universe besides the galaxies and stars we know. 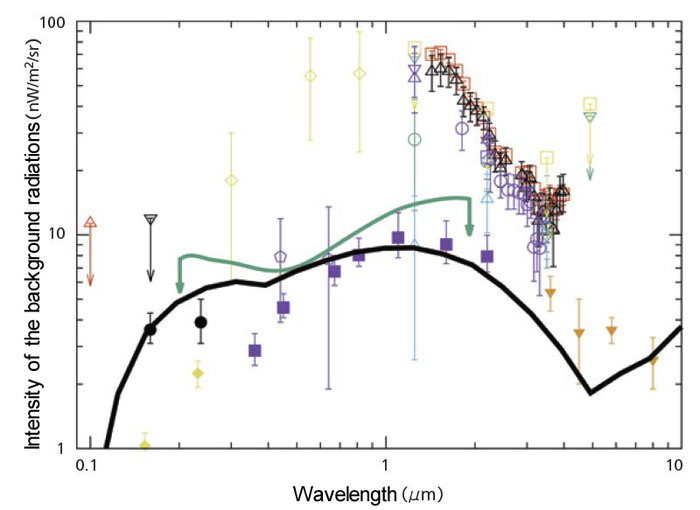 Figure 1. Cosmic Near-infrared Background Radiation Spectrum
Unfilled points are from the direct observations, Filled points are the integration of lights from galaxies, the black line is the expected contributions of galaxies according to the galaxy formation theory and the green line is one of the examples of the upper limits of the gamma ray observations.

In the universe when the first stars formed, electrons and protons were bonded together, and it was neutral. Then, the universe was almost ionized by the intense emission from these first stars. In fact, according to the observations of the reionization epoch, the first star scenario has been almost rejected. If there were as many first stars as to explain the near-infrared background excess, it greatly conflicts with the observation of the degree of ionization of universe. As a matter of fact, we have put a bound on the star formation rate of first stars using the latest data of reionization of universe from the cosmic background radiation observation by the Planck satellite and the constraint from the gamma ray observations, which will be mentioned below. The constrained star formation rate is 2 orders of magnitude less to explain the near-infrared background radiations. The first star scenario was rejected and the investigation on the origin of the excess returned to the starting point.

The excess is disfavored by Gamma Ray Observations

A high-energy gamma ray (about over 100GeV [giga-electron-volt, giga: 109]) propagating the space is absorbed by the electron-positron pair creation reactions (*2) with the visible or infrared background radiations. The absorbed amount of gamma rays depends on the brightness of the background radiation. Therefore, if it is able to estimate the absorbed amount from the observation of gamma rays from the distant celestial objects, in principle, we can measure the intensity of the background radiation indirectly. From the latter half of the 2000's, the observation technology of gamma ray telescopes has been improved and it became able to observe gamma rays over 100GeV with a higher sensitivity. Especially there have been many observations on the distant objects called blazars and we became able to get the attenuated gamma-ray spectrum of the blazars (*3).

(*2):Electron-positron pair creation reaction: A phenomenon that electrons (particles) and positrons (antiparticles) being created due to the interactions of lights.

(*3):Blazar: When gas falls into the supermassive black holes in the center of galaxies, which is on the order of millions to billions of solar masses, enormous gravitational energy will be released. Due to this, the extragalactic object becomes much brighter than the mother galaxy and we call it the active galaxy nuclei. The blazar is one of the types of the active galaxy nuclei. They have the strong relativistic jet, which is the biggest particle accelerator in the universe, towards us. As the result of the emission from the high-energy particles accelerated at the accelerator and the relativistic beaming effects, a blazar is extremely bright from radio to gamma rays.

And then, according to the gamma observations of blazars, there have been important progresses in background radiation. In 2006, just 1 year after Prof. Matsumoto's article, a collaboration team of the gamma ray telescope, H.E.S.S. in Namibia, Africa, reported that the intensity of the near-infrared background radiation was the same as the contribution from the galaxy from distant blazar observations and rejected the results of the direct observations. Other gamma ray telescopes also got similar results with the same method but with more precise constraints. One of the limits according to the high-energy gamma ray telescope MAGIC in the Spanish Canary Islands is shown with the green line in figure 1.

By the way, I have also been working on the high-energy radiation mechanism of active galactic nuclei and the cosmic gamma ray background radiation. As I mentioned here, the gamma ray astronomy is important for the near-infrared background radiation. However, as my research on gamma rays went on, I started to see problems of the near-infrared background excess in my own researches and started to work on this field from the latter half of my graduate course. As a result, I was involved in the researches on the cosmic background radiation from infrared light (10-2eV) to the gamma rays (up to 1014eV), covering 16 orders of magnitude in energy. I'm feeling really lucky for this.

Here, although the results of direct observation of near-infrared background radiation intensity has been disfavored by the gamma ray observation, is there no problem with the method using gamma rays? When estimating the background radiation intensity from gamma ray, we need to "assume" the spectrum before the absorption. We assume that it is in the simple shapes like power functions and the spectrum will not suddenly become bright in the TeV (tera- electron-volt, tera: 1012) band. Is this supposition reasonable?

With the progress of the galaxy formation theory, the absorption amount by the optical and infrared background light from the galaxy became able to be estimated in detail. With such model, we know the intrinsic gamma ray spectrum of blazar before absorption. However, gamma ray spectra of some blazars such as 1ES 0229+200 is not well explained by standard blazar emission models and we need to think about a new emission mechanism. There have been several reports on such objects and we have not completely understood intrinsic spectra of blazars. Therefore, currently, there is uncertainty in the estimated value of the near-infrared background radiation level from gamma-ray observations. In 2018, the next generation gamma ray telescope Cherenkov Telescope Array (CTA) will start operation. With the high-sensitive observation by CTA, we can make progress in revealing the blazar emission mechanism. Especially, in my prediction, we can investigate the universality of the emission mechanism with the statistical information of blazars obtained by CTA. The day is coming when we are able to definite the optical and infrared background emissions with a high accuracy with gamma rays.

Supporting Evidence for the Excess According to Direct Observation

And now, although there is uncertainty, the indirect observation technique through gamma rays has been adopted in these 10 years. On the other hand, what about the direct observation of near-infrared background radiation? An important progress on the direct observation during these 10 years was the observations of fluctuation of the sky, namely, the anisotropy (irregularity) of the brightness of sky. According to the infrared astronomy satellites Spitzer and AKARI and the rocket experiment CIBER, in the wavelength range of 1~5μm, excess in the fluctuation of the sky which is hardly explained by galaxies has been found, and it has been the supporting evidence for that there are other components except those come from galaxies veiled in the near-infrared background radiations. Especially, if we look at the spectrum of the fluctuation, we see that it shows the Rayleigh-Jeans Law (the spectral radiance of electromagnetic radiation from a black body) like the stars. This feature is also seen in the spectrum excess.

The fluctuation, according to the latest theory, may be originated in stars scattered into the galactic halo field because of the collisions between galaxies. However, since we do not know the amount and distribution of the scattered stars, we are not sure whether it can explain the extra component of the spectrum. The investigation on the stars scattered to the halo field may be an issue for the direct observation in the future. For example, if we investigate the frequency of occurrence of supernova explosion outside a galaxy, we are able to investigate the amount of stars flicked to the halo.

Currently we do not understand the origin of the excess of the near-infrared background. It is really a shame for theorists. However, there have been progresses in the indirect observations with gamma rays and the direct observations on the fluctuation of the sky in these 10 years. Especially in the rocket experiments CIBER and CIBER2 aiming at direct observations conducted by Dr. Matsumoto and Matsuura's international research group, we are going to find new factors. By combining these with the observations through gamma ray telescope and conducting researches multilaterally, we would be closer to the mystery of the excess of near-infrared background radiation in the future. In addition, please allow me to use this opportunity to express my gratitude to Dr. Shuji Matsuura (Kwansei Gakuin University) again for his kind advises on this article.