In the future, when it becomes ordinary to come and go between space and the earth, what will the vehicles we take look like when we come back to the earth from the space? Case 1: Will it be in a capsule shape just like the Apollo spacecraft and the asteroid explorer "Hayabusa 2"? Or case 2: like a plane with wings as the space shuttle? No, it may be case 3: A strange vehicle covered by thin, soft and giant film with inner tube.

Currently, towards the new era, we are conducting researches on the new atmospheric-entry vehicles with completely new features in case 3. (Figure 1) 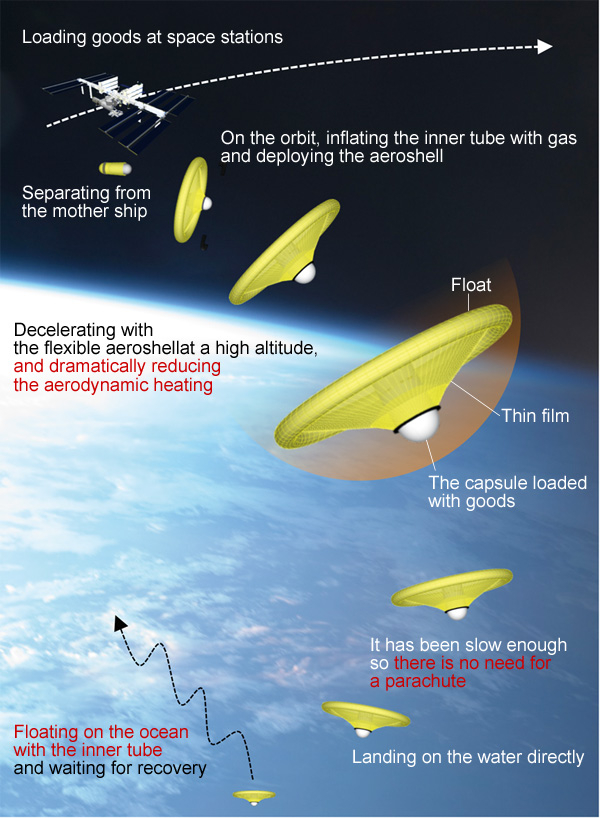 Figure 1. Imagine of the reentry vehicle covered by thin, soft and giant film with inner tube.

Why Is the Deployable Structure Necessary?

One of the common big issues in space development is that all the things carried to the space have to be stored in a narrow rocket. Therefore, the size of the things to carry to the space is limited, which is a big restriction. Considering this point, things that can be folded and can expand, which is the so-called deployable structure, are useful in space development. Typical examples are the solar cell panels and the extendable antennas installed on the artificial satellites. In addition, the giant antenna installed on the Radio Astronomical Satellite HALCA, and the solar sail, which became well known due to the small solar-powered sailing demonstrator IKAROS, are both prime examples of the deployable structure. And this issue as well fits the vehicles to come back to the earth from the space.

As everyone knows, there is nearly no air(atmosphere) in the space. However, it does not mean that we do not need to consider the atmosphere during exploring the space. Especially, when we come back to the earth from space, or when we explore astronomical objects with atmosphere such as Mars and Venus, we will not arrive at the destination until we pass through the atmosphere. Furthermore, we have to dive into the atmosphere with an extremely high speed.

One of the solutions to break through the restriction is to use deployable structure in designing the atmospheric-entry vehicles. That is to say, we fold the vehicle into a small size and store it in the rockets while launching, and deploy it into a big size while entering the atmosphere. With this concept, we may be able to make an atmospheric-entry vehicle with completely new features.

It is during the development of the atmospheric-entry vehicle, which is equipped with the deployable aeroshell (a brake device using the aerodynamic drag force, which can decelerate like a parachute) as a result of the concept, when I received the 7th Encouragement Award of Space Science. The start of the development of the deployable atmosphere-entry vehicle, as well as its features, has been introduced in detail in the ISAS news October 2012 issue (No.379). With the help of the wind tunnel equipped in JAXA and the balloons and sounding rockets of ISAS, as well as the free thinking and decisive environment of the university, we succeeded in the reentry demonstration using a sounding rocket (S-310-41). All of these have been introduced in that article, so I recommend you to read through it. However, this technology, as written in that article, has only passed the midterm examination. Currently, we are going to start the preparations for the final graduation exams. In the latter half of this article, I will introduce the remaining technological problems and the process to apply this concept into the actual missions.

What Are the Tasks of the Final Exam?

For the final exam of the research of the deployable aeroshell, we set up a task to build a vehicle to bring a small amount of goods (about 1kg, while the total weight of the vehicle is around 15kg) from the space (e.g. the orbit of the space station) back to the earth. If we succeeded in the experiment, we could use it to bring the results from small artificial satellites back to the earth. Suppose we are coming back from the space station, the speed while entering the atmosphere is estimated to be 8km/s (which was 1.32km/s during the sounding rocket experiment), the aerodynamic heating and the aerodynamic drag force will be much more severe compared to the sounding rocket experiment.

To make it proof against such severe environment, it is necessary to improve the aeroshell made for the sounding rocket experiment further. To achieve that, there are 2 big issues. One is to make a bigger aeroshell with more precision, but without increasing too much weight, while the other one is to improve the heat-resisting property. These are the problems that we have to clear at least before facing the final exam. The purpose is to make a flexible aeroshell which can be infrangible against 150kg aerodynamic force with a diameter of 2.5 meters, and can survive in a environment with heat flux of 100kW/㎡. It is difficult to make an easy-to-understand explain for the heating condition, just imagine that the maximum surface temperature is around 1000°C. That means to make a "balloon" which does not leak air even if the surface is 1000°C.

An aeroshell which is soft but tough

Currently, we are conducting researches to solve these problems. Figure 2 is the prototype of the deployable aeroshell with a diameter of 2.5 meters during the wind tunnel experiments. You may find that the flexible aeroshell surrounded by inflatable ring like an inner tube is in a shape of a dodecagon. It is where we put our efforts in while making a precise three-dimensional shape using soft materials. 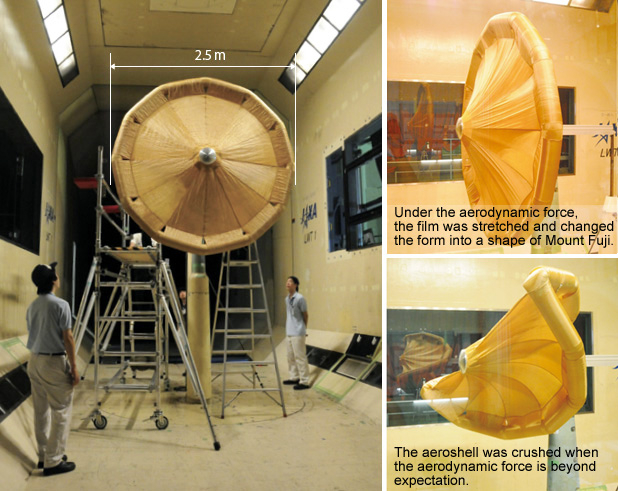 Figure 2. The giant aeroshell (2.5m in diameter) in the wind tunnel experiments.

A "Balloon" Proof Against the Aerodynamic Heating

Next is the heating issue. Above we have introduced that the surface temperature of the aeroshell will be 1000°C while reentering. The maximum temperature of a reentering space shuttle is 1600°C, and when it comes to the return capsule of HAYABUSA, it is said that the temperature was 3000°C. Therefore, in comparison, the environment is rather moderate. In fact, it is just the most important feature of this system that heating is dramaticaly reduced compared to the reentry vehicles so far.

During real development, we have to see whether the aeroshell we made is proof against such environment. Therefore, firstly we have to create the environment in the laboratory. Figure 3 shows the facility we made to produce the heating environment while reentering. We heat the air with electricity to create hot air plasma. (To say it in an easy-to-understand way, it is like a microwave oven). 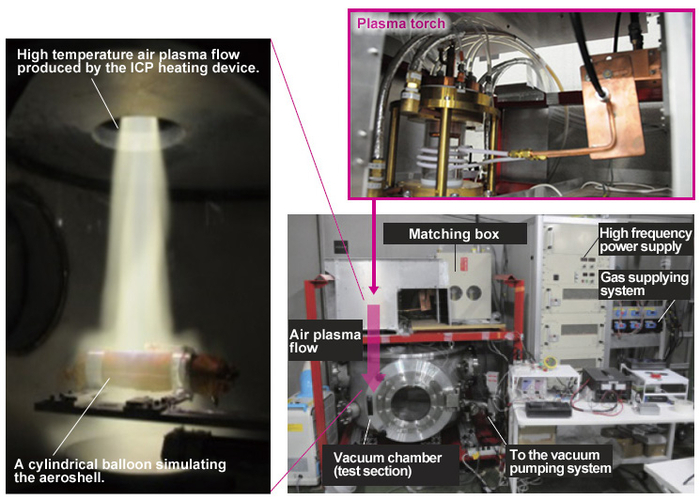 Figure 3. The Inductively Coupled Plasma (ICP) heating facility developed to simulate the reentering environment, together with the aeroshell model in heating experiment.

The atmospheric-entry technology, together with the landing and recovering technologies, has been the key technologies to make flexible space activity and attractive planetary explorations. To add a new choice for this, we are doing our best to realize the deployable reentry vehicles. The research and development of the deployable reentry vehicles are in progress steadily after the success of the atmospheric reentry experiment by the sounding rocket, and it is close at our hand to firstly apply the technology to the reentry system of the small satellites of which the size is limited. Furthermore, this solution can make efficient use of the aerodynamic force, so we are considering to apply this technology to the probes towards planets with thinner atmosphere like Mars.

In this article, we have focused on the new reentry vehicle, the development and issues of the deployable aeroshell. However, it is not the only issue in the evolution of the atmosphere reentry and landing and recovering technologies.

For example, after reentering the atmosphere with the flexible aeroshell, what if we were able to land it at a certain destination using the flexibility? Furthermore, what if made a reentry vehicle that could always come to the place where we are through a satellite phone or a GPS device? The days when we could receive the delivery from space at our home... The future reentry vehicles might become a reality in a form beyond our imagination.