The ASTRO-H is the sixth X-ray observation satellite that will explore the extreme universe that is abundant with high energy phenomena around black holes and supernova explosions, and observe a cluster of galaxies filled with high-temperature plasma.

ASTRO-H is the sixth satellite in a series of highly successful X-ray astronomy missions initiated by the Institute of Space and Astronautical Science (ISAS) of Japan Aerospace Exploration Agency (JAXA), and is planned for launch in late 2015 – early 2016 (Japan Fiscal Year 2015) . The ASTRO-H mission, as described in detail in Takahashi et al. (2014), is equipped with four state of the art instruments providing the highest energy resolution ever achieved in the E = 3-10 keV band and covering a wide energy range, spanning four decades from soft X-rays to gamma-rays. The simultaneous broad bandpass coverage and high sensitivity, coupled with the high spectral resolution, will open an enormous new discovery space for a wide variety of objects. ASTRO-H is expected to provide breakthrough results in scientific areas as diverse as the large-scale structure of the Universe and its evolution, the behavior of matter in the gravitational strong field regime, the physical conditions in sites of cosmic-ray acceleration, and the distribution of dark matter in galaxy clusters.

ASTRO-H has been built by a major international collaboration led by JAXA with over 70 contributing institutions in Japan, the US, Canada, and Europe. The US community participates in the ASTRO-H program as a Mission of Opportunity in the Astrophysics Explorers Program. Under this program, NASA/Goddard Space Flight Center collaborates with JAXA on the implementation of the SXS instrument and Soft X-ray Telescopes. Other international members include Stanford University, SRON, Université de Genève, CEA/DSM/IRFU, Canadian Space Agency (CSA) and European Space Agency (ESA), who contribute in critical areas of the hardware and software development. We acknowledge the strong support from all these agencies and institutes, which have made the ASTRO-H mission possible. 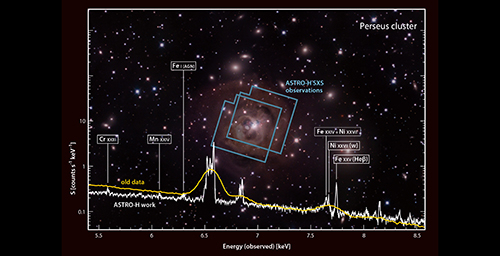 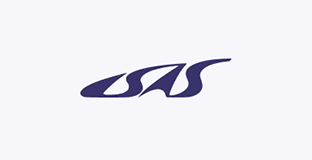