The following image in Figure 1 is the original photograph without any pixel smoothing. The order of the images is the chronological order in which they were captured. The size of the asteroid remains proportional to the distance (no size correction; the asteroid appears smaller when more distant.) 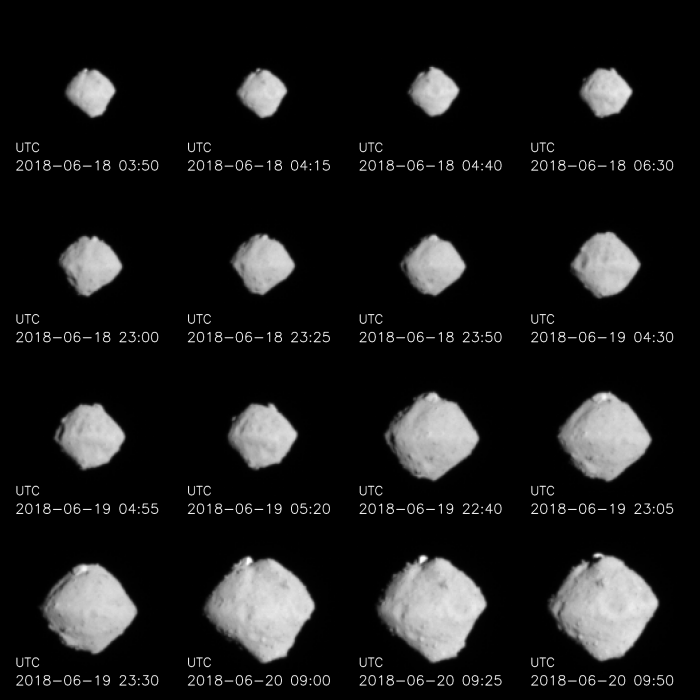 In the follow Figure 2, the image has been smoothed and the brightness adjusted to emphasize light and dark regions. 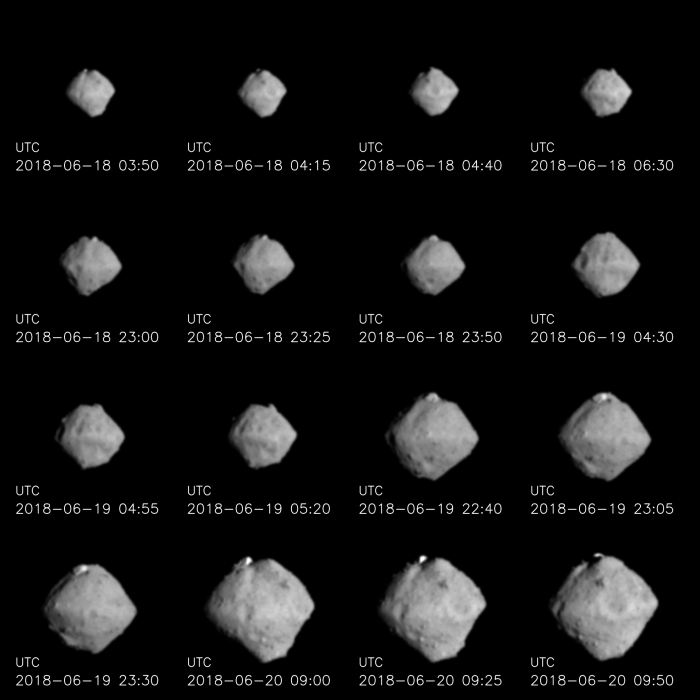 "The varied geography of Ryugu"

As we approached Ryugu and were able to distinguish individual features in the asteroid's topology, it became clear that Ryugu has a land of rich terrain. Numerous clusters of rock roll on the surface. Among these, a large rocky mass (about 150m across) stands out on the upper part of Ryugu due to its brighter color (higher reflectivity). The belt-shaped ring of peaks that surround the equator are also slightly brighter than their surroundings. This color difference may reflect a difference in material composition and the size of the particles that form the rock. We can also see many sunken regions that look like craters. These depressions may have been made in collisions with other celestial bodies. A structure that looks like a grove is also visible.

The existence of such varied topographies is an indication that Ryugu has undergone a complex evolutionary history. It is generally believed that small asteroids that are less than 1km, such as Ryugu, were created fairly recently in the Solar System's history (within several hundred million years) during the fragmentation of a larger parent body. Ryugu's terrain will tells us about the division from the parent body and the asteroid's subsequent evolution.