Avalanche on an asteroid!? What is the evolution of rubble-pile asteroids? - Avalanches, and the formation of top-shaped asteroids and rubble-pile satellites -

On Earth, an avalanche in the Alps would not collapse Waikiki Beach. However, this common knowledge only applies on Earth (with a diameter of about 12,000 km), and the story becomes completely different for asteroids less than about 1 km in diameter. Many of the asteroids with diameters of less than about 1 km that have been observed have an enigmatic top-shape figure. They are also characterized by an equatorial bulge. HYODO Ryuki (JAXA) and SUGIURA Keisuke (ELSI) performed numerical simulations of the spin-up of rubble-pile spherical bodies (spherical object consisting of numerous pieces of rock). They found that when the rotation period of the asteroid becomes smaller than a critical value (e.g., spin period of about 3 hours) with a fast-enough spin acceleration, and when the constituent rocks have some degree of friction, a global avalanche occurs in a rotation axis-symmetric manner. This changes the shape of the asteroid from a sphere to a top-shape. The particles ejected by the avalanche are distributed in a disk-like structure on the equatorial plane of the top-shaped rubble-pile asteroid. The particle disk then spreads out and the rubble-pile satellite(s) form. It was also revealed that some of the disk particles re-accrete in the equatorial region of the asteroid, forming an equatorial bulge. These findings qualitatively well explain the observed features of rubble-pile asteroids.

Such asteroids are thought to have brought water and building materials for life to the ancient Earth. Today, their collisions with the Earth could cause a critical situation for life on Earth. The orbital evolution of asteroids (i.e., the likelihood of collision with the Earth) greatly depends on their shape, constituent materials, and rotation state. Therefore, understanding the shape evolution and formation process of asteroids is important not only to investigate the origin of the Earth and life, but also for planetary defense (protecting the Earth from asteroid impact).

However, until now, it has been technically difficult to directly account for effects such as friction and cohesion between particles in simulations, and it has not been possible to simultaneously account for all of the observed features. In this study, we used advanced numerical simulations and the supercomputer*3 to study the shape evolution of rubble-pile asteroids during their rotational acceleration. The dependence on the physical properties of the constituent particles (especially frictional forces) was also investigated.

Our results revealed the following evolution (see Figure 2 and movie).

Avalanche on asteroid!? What is the evolution of rubble-pile asteroids? (Simulation movie) - Avalanches, and the formation of top-shaped asteroids and rubble-pile satellites - Based on Hyodo & Sugiura (2022) ApJL 937 L36

The above processes may explain the top-shaped figure, the equatorial bulge, and the presence or absence of satellites observed around the rubble-pile asteroids. The "degree" of each step strongly depends on the initial shape of the asteroid, spin-up process, various physical properties of its constituent particles, and their heterogeneity within the asteroid. Combining theoretical models (numerical simulations) such as those in this study with information on asteroid systems discovered through asteroid exploration can therefore combine to provide a clearer picture of each asteroid’s past and future. Future detailed studies of each asteroid are awaited.

Currently, Ryugu and Bennu do not have satellites. However, if these asteroids have evolved as described above, satellites existed around Ryugu and Bennu in ancient times. And the satellites may have been removed by now and are wandering somewhere in the Solar System. On the other hand, the satellite Dimorphos exists around Didymos. In this case, it would mean that the rubble-pile satellite has maintained a relatively stable orbit since its formation to the present. 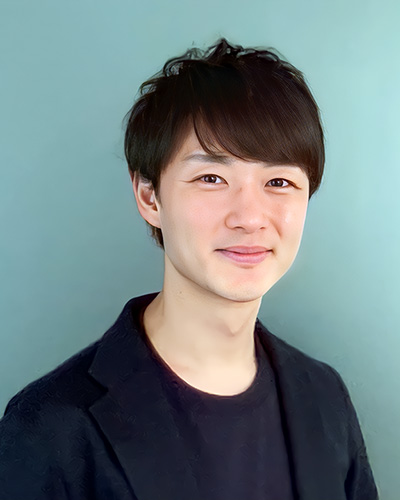