How does the gas move around a supermassive black hole?; a new method using CO absorption lines as a clue of the gas motion

MATSUMOTO Kosei / Dept. of Physics, Graduate School of Science, The University of Tokyo
Dept. of Space Astronomy and Astrophysics, ISAS

According to the active galactic nucleus unified model proposed in the 1980s, a supermassive black hole exists at the center of the galaxies, and the black hole is surrounded by a thick and doughnut-shaped structure, “torus”, which is composed of gas and dust. Thus, the torus is a key component of the unified model. However, it is physically difficult for a torus to remain thick; hence, it is considered that there must be intense gas motion inside the torus to produce the thickness. Furthermore, the torus is too small to identify the motion of the gas inside the torus with existing telescopes. Therefore, how the torus becomes thick is still under debate.
In this study, we focus on carbon monoxide (CO) absorption lines in the near-infrared wavelength, which our group has been observing for a decade, and verify numerically whether the gas motion in the torus can be studied through the absorption lines. We find that the near-infrared radiation is emitted from the innermost region of the torus, and CO absorbs the radiation in the torus. As a result, the absorption lines can capture intense gas motion in the vicinity of the black hole, such as gas falling toward the black hole inside the torus and gas ejected by the activity of the black hole. Therefore, observations of CO absorption lines can be a powerful tool to constrain the formation mechanism of the torus thickness.

Active galactic nuclei (AGN) are compact regions that shine very brightly due to the conversion of potential energy into radiation energy by the fall of a large amount of gas into a supermassive black hole*1, which exists in the center of the galaxy. Optical spectroscopy*2 in the 1980s proposes the existence of a thick and doughnut-shaped structure, so-called “torus,” which is composed of gas and dust, around the black hole to explain the observational characteristics*4 of AGN. This is called a unified model of AGN. Since the torus is a key component of the unified model and the source of gas accreting into the black hole, the torus is very important. However, if the gas simply falls into the black hole, the torus cannot retain its thickness and easily becomes a thin disk. Therefore, it is considered that intense gas motion inside the torus maintains the thickness. However, the torus is very small, only about 1/10,000 of the entire galaxy, and current existing telescopes do not have enough resolution to identify the gas motion inside the torus, so the formation mechanism of the torus’s thickness is still under debate.

In this study, we focus on the carbon monoxide (CO) ro-vibrational absorption lines*5, which our group has been observing for a decade, and verify whether the gas motion inside the torus can be investigated by observing the lines with near-infrared spectroscopy*2 by numerical simulations. Based on the gas distribution from a hydrodynamic model*6, which has been confirmed to be consistent with various observations, we investigate where the near-infrared radiation is emitted from and where the absorption by CO occurred. As shown in Figure 1, most of the near-infrared radiation is emitted from the innermost region of the torus (the region one-tenth the size of the torus), and CO absorbs the radiation in the torus. This observational situation is equivalent to extracting and observing only the innermost region structure in the torus, which means that if CO absorption lines are detected by near-infrared spectroscopy, the gas inside the torus can be investigated without directly imaging the torus at high resolution. Furthermore, the CO absorption line spectrum has three velocity components: one captures the gas accreting into the black hole (blue arrows in Fig. 1): one captures the outflowing gas ejected by the black hole activity (red arrows in Fig. 1): one captures the systemic gas in the torus (green arrows in Fig. 1). In fact, the similar absorption line spectrum has been observed in previous research of our group*7, which is consistent with the expectation of this study. According to the hydrodynamic model, accreting gas is converted into outflowing gas, and the outflowing gas can create the thickness of the torus. Therefore, the CO absorption lines can capture the situation of such gas conversion, and they can be a powerful tool to constrain the formation mechanism of torus thickness.

This method can be applied to tori in even distant galaxies that cannot be directly imaged. Therefore, observations of CO absorption lines in a lot of galaxies using the James Webb Space Telescope, which was launched just last year, and Subaru Telescope, which is led by Japan, will allow us to systematically constrain the gas motion inside the torus and help with establishing the formation mechanism of the torus thickness. 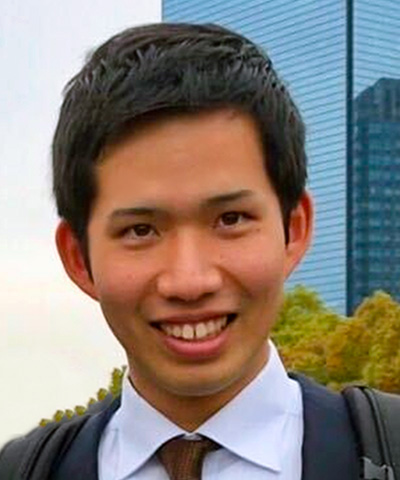