Does planet formation start at the snowline?

“How did the planets in our Solar System form?” – One may visit a local library and look at a textbook. It may say “Approximately 4.6 billion years ago, a gas disk existed around the Sun. Small dust particles were homogeneously and smoothly distributed in the gas disk. Little by little, this dust accumulated and formed planets.” This is known as the classical idea, but is this true? Numerical simulations have confirmed that small dust particles do indeed accumulate. However, when they reach the size of a pebble (~mm to m), they start to rapidly fall toward the Sun. This is because, at the size of pebbles, solid particles are most efficiently subjected to the gas drag (because the gas orbits the Sun a little more slowly than pebbles). In other words, pebbles are lost in the Sun without growing any further. This is now recognized as the so-called drift barrier of planet formation. Another inconvenient truth exists in the classical idea. Suppose that the dust smoothly and homogeneously distributed throughout a gas disk accumulated in-situ and grew to planets. In that case, Mars, Earth's neighbor, should be about the size of Earth. Similarly, Mercury should be much larger, and there would be a planet, instead of asteroids, at the location of the asteroid belt. This new study proposes that the water snowline (where temperatures become cold enough for water to freeze into ice) in the gas disk could be the solution to these issues in the classical idea – planets may have formed at the snowline.

The (water, H2O) snowline is the particular distance from the Sun beyond which water vapor condenses to ice. In a typical protoplanetary gas disk (where planets form around young stars), where the surface density decreases with increasing radial distance, solid particles with the size of pebbles fall very efficiently towards the Sun due to the gas drag*1. This makes it impossible to produce a planet due to losing its building blocks. In this study, we investigated the effects of the snowline on drifting pebbles in gas disks using numerical simulations. A summary of the results is given below (see animation).

Pebbles – containing rock and water ice components – that form further away from the Sun than the snowline, drift inwards and lose their ice components by sublimation as they reach the snowline, producing water vapor. The rock component does not sublimate and remains as solids but becomes smaller with the loss of water ice. As the pebble becomes smaller, the gas drag becomes less effective and the speed of inward drift of remaining solid particles (rocky grains) abruptly decreases. In other words, a traffic jam of rocky grains occurs just inside the snowline, leading to a local accumulation of rocky grains. On the other hand, a fraction of the water vapor (and rocky grains) diffuses back to outside the snowline and recondenses (sticking to pebbles). This – coupled with the presence of falling pebbles – causes a localized accumulation of water ice just outside the snowline.

In this way, the snowline becomes a special location in the gas disk. Only around the snowline, rocks and water ice may progressively accumulate*2. The rock grains and icy pebbles that are concentrated locally enough are expected to grow into planetesimals (about 1-100 km in size) and become the building blocks of planets. This indicates that planets may preferentially form in the vicinity of the snowline.

There is a further important fact – the location of the snowline changes over time as the gas disk evolves (the snowline can move inside the radius of the Earth's orbit of 1 au). This indicates that the radial location of rock grains and/or icy pebble preferential accumulation – that is, where planetesimals are preferentially formed – changes over time. In this way, planetesimals – building blocks of planets – could be formed at a particular distance from the Sun within a certain radial range. Hence, planets can form only at certain locations. It has been reported that the terrestrial planets of the Solar System – characterized by small Mercury and Mars at the edges and larger Venus and Earth located in the middle – can form from planetesimals initially distributed within a certain radially narrow area*3. The planets of our Solar System may have formed in the vicinity of the snowline*4. 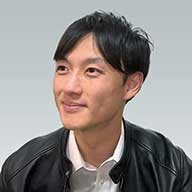