C-type asteroids, such as asteroid Ryugu, are thought to be the origin of water and organic matter on Earth. In this study, we discovered the presence of ammonium-bearing minerals (ammoniated phyllosilicates) on the surfaces of about half of the observed C-type asteroids through detailed analysis of observation data from the infrared astronomical satellite AKARI. Such minerals have not been found in carbonaceous chondrites collected on the ground, and their existence among asteroids had been confirmed only on Ceres during an exploration with a spacecraft.

In order to clarify the formation conditions of ammonium-bearing minerals, we also conducted theoretical calculations in this study. As a result, we found that such minerals were produced only when asteroids were born under conditions that they contain ammonia ice and dry ice. In the current Solar System, these materials are stable only in cold environments below minus 190 degrees Celsius, which is equivalent to the temperature at and beyond the orbit of Saturn. The results of this study suggest that C-type asteroids have migrated more than 900 million kilometers since their birth far away from the asteroid belt.

A large number of asteroids in the asteroid belt*1 (Fig. 1) between the orbits of Mars and Jupiter, are remnants of the early Solar System when planets were forming, and therefore offer a record of the history of the Solar System. Among them, C-type asteroids*2 have a composition similar to that of carbonaceous chondrite meteorites that contain water and organic matter, and are thought to be the origin of materials that formed Earth's atmosphere, oceans, and life. In order to investigate the properties of the C-type asteroids, we used near-infrared spectroscopic data*3 of the asteroids obtained with the Japanese infrared astronomical satellite AKARI*4. From these data, 19 C-type asteroids and two D-type asteroids, which are more primitive than C-types, were selected and analyzed in detail. As a result, the presence of ammonium-bearing minerals (ammoniated phyllosilicates*5) was confirmed on the surfaces of about half of these asteroids (Fig. 2). Ground-based observatories have not been able to obtain accurate data due to the disturbance of the terrestrial atmosphere. AKARI's observation from space has enabled us to capture the signal of ammonium-bearing minerals on asteroids for the first time.

In this study, we also conducted theoretical calculations of the chemical reactions between water and rocks inside asteroid to investigate the conditions in which ammonium-bearing minerals were formed. As a result, we found that the discovered minerals were produced only when the asteroid was formed with ammonia ice and dry ice (Fig. 3). We also found that ammonium-bearing minerals were formed only in the outer layer of an asteroid that is differentiated into a water-rich outer layer and a rocky inner core (Fig. 4).

Since ammonia ice and dry ice are stable only in cold environments below minus 190 degrees Celsius, which is equivalent to the temperature at and beyond the orbit of Saturn in the present Solar System, this result suggests that the C-type asteroids were born in an extremely cold environment and then migrated over more than 900 million kilometers to their present location in the asteroid belt due to the gravitational influence of giant planets such as Jupiter and Saturn. Meteorites are fragments of asteroids destroyed by a celestial collision and sent to Earth, but the fragments of the icy outer layer disperse without reaching the ground, so that ammonium-bearing minerals have not been found in meteorites (Fig. 4).

In December 2020, Japanese asteroid explorer Hayabusa2 brought back samples from asteroid Ryugu*6 to Earth, and analysis of the samples is now underway around the world. In addition, the U.S. spacecraft OSIRIS-REx*7 is scheduled to bring back samples from asteroid Bennu (101955 Bennu) in 2023. If ammonium-bearing salts and/or minerals are found in these samples, that fact is expected to further support the conclusions of this study. Spacecraft can examine and return the most pristine samples but are limited in the number of asteroids they can explore. In this sense, asteroid explorations with spacecrafts and comprehensive studies of the asteroid belt, such as this study, are complementary. The combination of these two is therefore able to further advance the study of the Solar System. We believe that the asteroids on which the presence of ammonium-bearing minerals has been confirmed by this study, are promising candidates for future explorations of the Solar System. 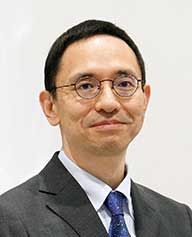